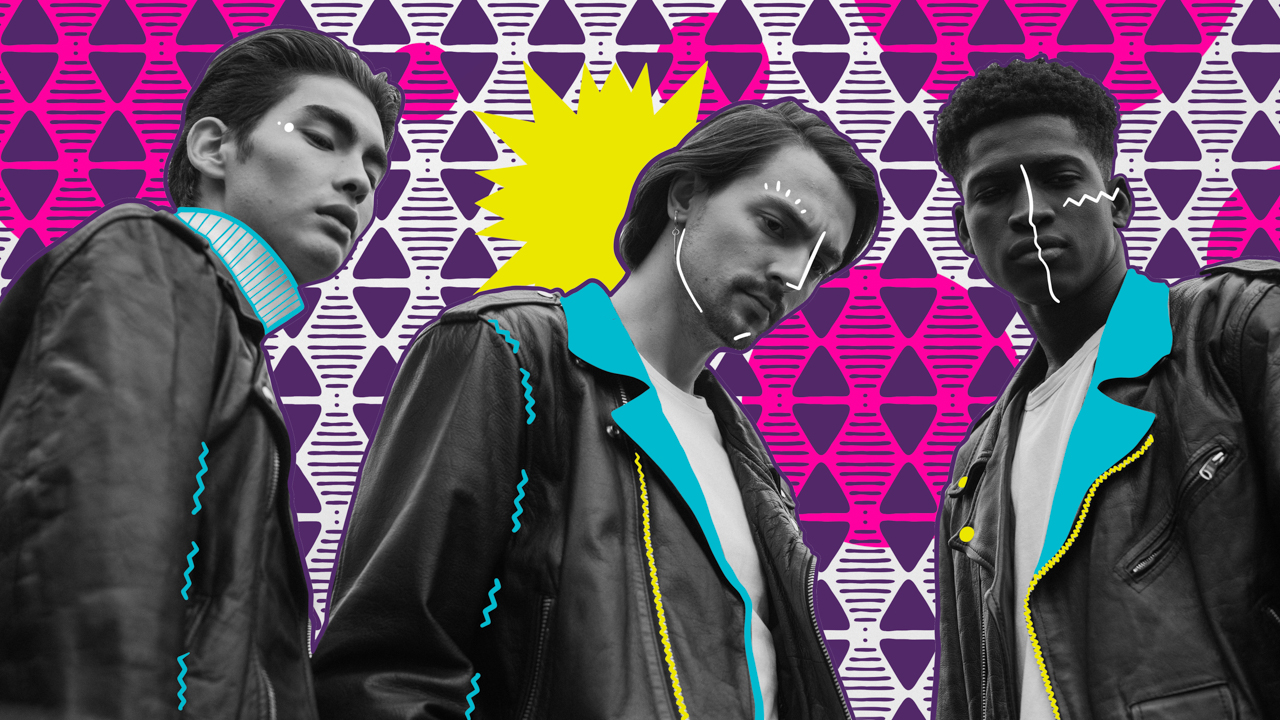 A Guide to Gen Z Subcultures on TikTok

How well do you know your niches?

aybe you were on the Internet long enough to remember LiveJournal, MySpace and Tumblr. If you were, then you were exposed to the first waves of Internet subcultures, or people intensely interested in certain topics, aesthetics, television shows or music. While these fandoms aren’t exclusive to the subject matter, they are characterized by an incredibly supportive following that ride-or-dies for the aesthetic.

Subcultures have been around for hundreds of years, but they grew in a new way thanks to the Internet. Specifically, Tumblr. While aesthetics like “country” and “punk” are easily recognizable stereotypes, the niche interests on Tumblr created new subcultures that slowly gained popularity over the years too. Thanks to Tumblr, we have scene couture, the iconic 2014 edgy girl, self-proclaimed book nerds and more. Tumblr also fanned the waves of superhero content, giving that fandom a place to grow even larger, more convoluted and more intense. If you were active on the Internet in the early aughts, I’m sure you’ve seen some of this type of content. If you weren’t, then here’s a starter pack from the meme page @glossberry.

Now, we have TikTok. Other social media platforms have certainly gained popularity in the time between TikTok and Tumblr, however, none have captured the essence of subcultures. Similar to how life started on Earth, people need the right combination of elements in order to cultivate new aesthetics–and TikTok is the newest social media platform that has perfected the formula. Because TikTok prides itself on unique, niche content, it is a breeding ground for personal discovery and experimentation, and that accumulates in new subcultures.

For brands, marketers and everyday users, navigating these niches and subcultures can be difficult and confusing to do. Thankfully, we’ve created a guide to help you traverse the New Internet. Sugar, spice and everything niche: here’s our guide to some of the most popular subcultures on TikTok.

Dance videos are arguably the most popular genre of video on TikTok. Since the beginning of the app, there have been videos of people dancing to various songs–skyrocketing creators to stardom. Whether you were there for the first Charli D’Amelio dance or the Addison Rae WAP, dance is an important part of the TikTok ecosystem.

i had to do it before my mom did.... goodnight dc @besperon

Dance TikTok is also an umbrella term to encompass all the varieties of dance available on the app. There are also ballet dancers, shuffle dancers, original dance creators, micro-expression dances and more. Each dance can be traced back to a specific origin or creator, adding an entire history behind the evolution of dance.

Seasoned veterans will argue that cosplay has been around much longer than TikTok, and it’s true! However, cosplayers got a full revamp thanks to the short-form video interactivity on TikTok–resulting in an evolved subculture associated with cosplay. Now, creators don’t just recreate their favorite anime characters and superheroes: they add voice-overs, songs, dances and skits to their personas, giving the term “cosplay” a whole new meaning.

This also extends to voice actors and acting TikTok too! Cosplaying now includes people practicing different voices for different characters, different faces for different scenarios (most commonly in the POV subgenre), and rapid-pace acting challenges to exemplify their favorite on-screen characters. Despite the new faucets of cosplay, there’s always going to be a huge fan base for brands like Marvel.

Booktok is interesting because of the variety of content. There are creators that give book recommendations based on astrology signs, how you take your coffee or what the weather is like. There’s also people that play off popular trends with books that relate to the topics at hand, following certain “ships” and pairings to make the perfect novel suggestion.

♬ youre somebody else by flora cash. slowed - weeping audios

The best part? Booktok shows actual results. Barnes and Noble even included a section to their website showing the most popular books they currently carry–with their success thanks to TikTok.

Food TikTok is another subculture that continues to get deeper the more it branches off. Since everyone’s For You Page is different, it might be easier for me to share some of the food places that I’ve been, all thanks to TikTok. I have experience cooking (and love doing it), so I’ve been privy to quite a few different niches.

Here are some of the sub-subsections I’ve encountered:

Food TikTok also extends towards kitchen setups, knife skills, kitchen products, ways to style or prep food, history of popular dishes and more. It’s honestly my favorite part, and there’s so much you can learn.

Have y’all seen that dog named Bunny before? You know, the one slowly becoming sentient on TikTok? This is a part of Pet TikTok, where people showcase their animals doing cute, strange, funny and otherwise adorable things. This part of TikTok is for pet-specific accounts, or for creators that include their pets in a lot of their videos, like this guy who is less famous than Kurt, his dancing orange cat.

The concept of the Sewbro originated with writer Nick Pope, in an article for Esquire magazine. Although people have been sewing for thousands of years, there has been a resurgence of fabric and thread-based creators thanks to a pandemic-induced quarantine. Sewing is putting more emphasis on sustainability and a focus on creating garments for oneself rather than potentially buying from a brand using unethical sweatshop labor.

Now, people are sewing more than ever, and it makes great content for TikTok. Whether you’re an up-and-coming designer showing off their new product line or if you’re a thrift flip connoisseur, TikTok has spots for everyone. One of my particular favorite offshoots of this subculture is the sewing recreation TikTok, where people see a design they like (with normally a huge price tag) and they recreate the look from scratch. It shows some real skill, and it’s incredible to see the final products.

The best part about home renovation TikTok is that sometimes you get gorgeous interior design inspirations, but other times you get incredible DIY fails. In this subculture, people renovate vans into tiny homes, bring historic properties to their restored glory, paint their cabinets a sage green, and more. Because so many people stayed in their homes during the pandemic, it makes sense that home improvement became such a popular genre with consumers. Given the rising prices for alterations, it also makes sense that people are finding less expensive ways to recreate the looks and decor that they want. This subculture focuses on tips and tricks that people can do to save money around the house for pieces like accent items, furniture and shelving–but sometimes those tips turn into disasters.

One of my favorite recent developments was the saga of the girl trying to DIY her bathroom–you know who I’m talking about. From the green paint on the sink tops to the hand-painted stencil tile patterns, creator @graceoheeron truly captured the allure of home DIY TikTok. She might have paid for it in terms of paint and craft supplies, but the content went viral and ended up getting her over a hundred thousand followers and a few million views.

Fashion culture and creators have seen a lot of iterations, and will always have a very popular platform on social media. For TikTok, fashion is one of the cornerstones, resulting in subcultures such as “get dressed with me” TikTok, clothing hauls, outfit role calls, and more. Because the genre is constantly evolving with each trend, it’s important to look at all the different trends as subcultures of their own. I guarantee you’ll find thousands of videos for each style of fashion content, and equally as many creators putting their own spin on the space.

I genuinely can't believe this started such a big trend!!! I think this is part 5?😭

Audio producers grew in popularity thanks to music marketing on TikTok. As more artists released their music on TikTok for users to incorporate into their content, more producers noticed an opportunity to showcase their skills. Whether they were having fun or starting their own business, audio producers found a niche on TikTok, and started creating some of the most popular mashups and remixes today. Each audio remix gives birth to a new trend, and can be used by millions of people around the world–like this viral rendition of Olivia Rodrigo's "good 4 u" by producer @adamusic_.

This subculture focuses on the technical aspect of audio production, while giving TikTok users something fun, niche and meme-y to work with. Audio producer TikTok has gotten so popular that publications like Seventeen Magazine have taken notice.

Chances are you’ve been exposed to some of these subcultures. Maybe you’ve even dived deeper into a niche, and now you’re in a sub-subculture! The power of TikTok lies in its accessibility, giving everyone an outlet to create content about things that they truly enjoy. So although this is a basic list of some of the most popular subcultures on TikTok, there are so many more to explore. Stay curious, and prepare for the occasional deep dive!