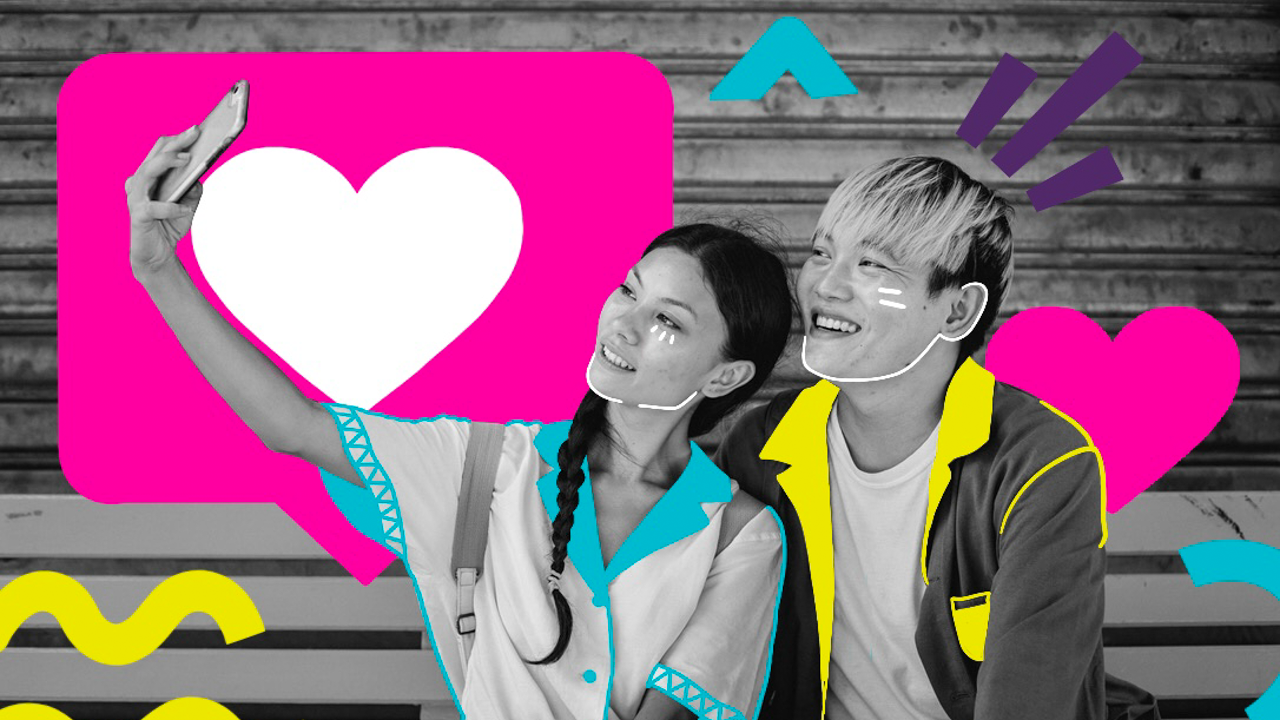 Are Snapchat Lenses the Next Big Thing?

napchat has been a Gen Z favorite since its oldest members were 14 in 2011. Lately, the platform has been upping its game to keep users engaged through original series, Bitmoji brand collaborations, a feature to rival TikTok, and specialized lenses.

Though lenses have been around for a while, it’s only been in recent years that brands have capitalized on their popularity. Currently, over 180 million people interact with a lens every day — an increase of 110 million from when lenses were first introduced.

Snapchat has also realized that it can seriously monetize through its AR lenses and will be investing in a slew of young creators in 2021 through its $3.5 million AR lens fund. The announcement for this huge initiative came at Snapchat’s annual Lens Fest (held virtually in 2020) where creators, tech industry leaders, and strategists gather to discuss and celebrate the present and future of AR lenses.

Through branded lenses and collaborations with the NFL, Gucci, and Netflix, AR lenses are changing the way we interact with brands and the world around us.

This article will go over what Snapchat lenses are, how brands can use them, and a few examples of some successful lens campaigns that you can learn from for your next activation.

What is a Snapchat Lens?

Snapchat lenses are Augmented Reality experiences that use a phone’s camera to add 3D effects and transformations to the Snapchat experience.

Just like Instagram’s wide array of filters, there are many different types of Snapchat lenses that are supported by the photo-sharing social media platform.

And we’ve got to say, the lenses have come a long way since their debut. We couldn’t have predicted that the feature that turns your face into that of a dog would lay the groundwork for 2020’s incredible City Painter AR lens.

Remember when face lenses came out and everyone wanted to turn themselves into dogs or cats? Well, face lenses are still around but with a bit more sophistication. In 2020, Snapchat released an anime lens that transformed its users into anime characters. The lens was used more than 3 billion times within its first week.

This lens demonstrated the power of cultural trends by tapping into the popular world of anime. The niche community has continued to grow through the production of new anime films, TV shows, video games, and even virtual influencers like Hatsune Miku. By transforming people’s faces into characters drawn in the particular anime style, the lens allowed users to feel personally connected to the worldwide, cultural phenomenon.

World Lenses add filters, gifs, and 3-D features to the world around you using AR. These lenses were introduced in 2017 and have been used to promote season two of Netflix’s “Stranger Things” and encourage users to order a Domino’s pizza directly from the app.

These lenses often see a high ROI because they integrate a brand into a user’s surroundings and their everyday lives.

Take Netflix’s “Stranger Things” AR lens activation for example. The portal lens allowed users to step through a virtual door and immerse themself in a “Stranger Things-”inspired room that featured themed objects and clues about the upcoming season. Viewed by millions, the highly interactive lens served as a promotional tool that put the user directly into the “Stranger Things” world and increased the likelihood that they would watch the series.

Snapchat AR Bar lenses use a phone’s camera or voice controls to provide useful information to users. Using the Scan feature, Snap users can use the AR Bar to find out the name of a song that’s playing or shop for an item.

While this feature is currently only available for iOS users, brands like Louis Vuitton have partnered with Snapchat. Using the Snapchat camera, users will be able to scan the brand’s iconic logo to gain access to an exclusive AR experience. The experience will transport the Snapchatter to a virtual showroom displaying classic luggage trunks and the brand’s latest collection. This feature will both drive leads for the brand during a time when in-person shopping is declining and increase Louis Vuitton’s reach to new audiences through organic growth.

Launched in 2018, Snapppables are one or multi-player games that are mainly controlled by a user’s facial expression. Brands like Mondelez International (owners of Oreos) and King (the developer of Candy Crush) have used this AR lens to create fun games that feature their products.

These interactive mini-games are a great way to engage audiences on a platform they’re already familiar with. Games can also bring out users’ competitive side, leading them to share the lens with their friends and increase its reach.

How Your Brand Can Use Snapchat Lenses

Snapchat lenses are a unique way to increase brand interaction and message dissemination to the large Gen Z audience Snpachat boasts. In fact, 90% of its users are 13-24 years old and 69% of teens in the U.S. use Snapchat to communicate.

So what do we know about Snapchat lens engagement? Well, Snapchat users spent an average of 20 seconds a day testing and playing with lenses. With this amount of time spent on one platform, using one feature, Snapchat AR lenses are an incredible way to engage with young audiences.

There are countless examples of companies, organizations, and people using lenses to amplify their brand or message.

If you need any inspiration, keep scrolling to see five of our favorite branded Snapchat lens activations.

In the wake of global protests advocating for racial justice and the coronavirus pandemic, Snapchat teamed up with the nonprofit Rebuild Foundation to raise awareness and money for the cause. The activation saw special face lenses that allowed users to pose with custom AR masks, buy real ones to support Black artists, and dress their Bitmojis in specialized clothing.

For those living in Washington, D.C., Rebuild launched a landmark AR lens that transformed the U.S. Capitol Building with artwork to commemorate the historic March on Washington.

This activation was successful because not only was it seeking to raise awareness for racial justice but was actively uplifting and supporting Black creators in real life. It also highlighted a memorable historic event that was especially relevant in 2020 and brought it to life for Snapchat users all over the country.

Brands that can tie campaigns to larger events or issues in an authentic and non-performative way can often see success, especially among Gen Z consumers.

NYX teamed up with Triller and Snapchat to launch a branded AR lens in early December to accompany its spring 2021 beauty drop.

Users could use the front-facing camera to virtually try on makeup using its facial lens technology. In using the back-facing camera, users entered into a virtual recreation of the store that allowed them to click on products to purchase them.

When Eyeoneyez wanted to increase exposure to his song, “Polar Bear” featuring Gucci Mane, the DJ and producer looked to Offbeat Media Group to create an exclusive AR lens. Using face lens technology, users were transformed into a polar bear (in a nod to the song title) against a snowy backdrop while the song played.

This lens allowed users to hear the new song and got the artist’s name in front of millions of users.

By designing creative lenses that are a visual representation of songs, music brands and artists can increase the hype surrounding upcoming releases or increase the exposure to new tracks.

2020 was the year of virtual concerts. Largely canceled due to the global pandemic, artists canceled in-person shows and some saw massive success after they turned to virtual concerts. Not to be outdone by Travis Scott’s wildly popular concert on Fortnite, Verizon turned to Black Pumas singer Eric Burton as a part of its 5G campaign.

For Snapchat users nearby the main branch of the New York Public Library in Manhattan with Verizon 5G, they could access an exclusive AR concert featuring a Bitmoji version of Burton singing and dancing along to “Colors.”

This immersive experience also increased exposure to Snapchat’s Landmarker Lens technology that allows users to access special features according to their location.

By capitalizing on the popularity of virtual performances while also incorporating Snapchat’s well-known Bitmoji feature, Verizon was able to create a memorable experience for 5G users that also encouraged other users to join.

In a bid to connect with younger audiences, the NFL has partnered with Snapchat and signed a multi-year extension back in September. To kick off the season, Snapchat created a special AR lens that took fans through the Kansas City Chief’s locker room and into the Arrowhead Stadium, among other content offerings.

Once other games began, the lens was changed to a more generic arena but carried the same energy and anticipation for Snapchat users.

By giving fans the experience of traveling from the locker room to the tunnel and then the stadium, the NFL and Snapchat were able to make them feel like they were alongside their favorite players.

This highly immersive experience can allow users to connect to a brand on a much deeper level. Brands should look to create AR lenses like these that make their target audience feel involved.

Branded Snapchat Lenses are an interactive and fun way for your brand to reach the platform’s millions of young users. These go beyond typical ads or even sponsored posts as they often place the individual user at the center of the experience.

As Snapchat AR technology evolves, brands should continue to create specialized and exclusive experiences for Snapchat’s millions of young users.

Concepts Discussed
Snapchat
Snapchat Lenses
AR Lenses
Thank you! Your submission has been received!
Oops! Something went wrong while submitting the form.