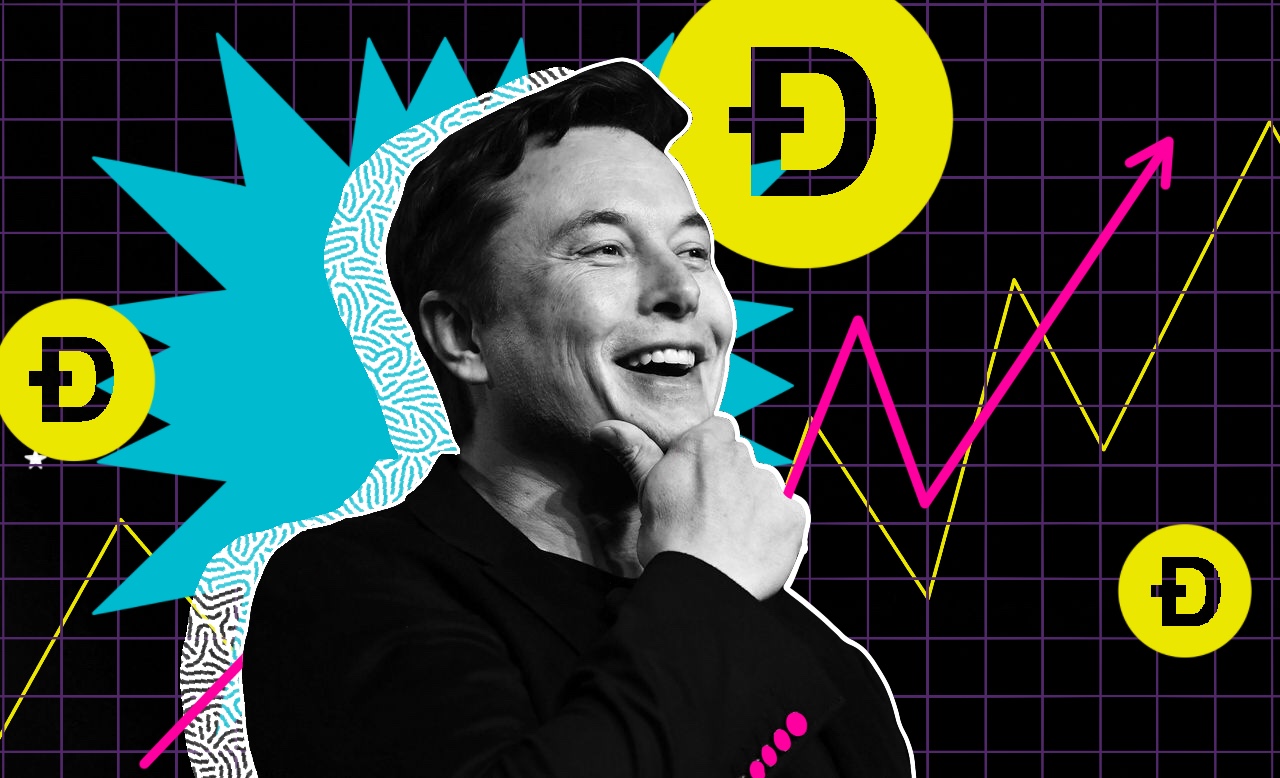 Elon Musk and Dogecoin: How Memes and Celebrities Influence the Stock Market

Never underestimate the power of memes for influence.

t’s 2021, and memes now influence our world in ways we would have never imagined just five years ago. Have you ever wondered how something purely online like memes can influence the real-world stock market? Or about how the value of the cryptocurrency Bitcoin can rise and drop based on a single celebrity’s tweet? Recent headlines about meme stocks, like Gamestop, prove that meme marketing can reach millions of people at scale and sometimes create massive profits.

Meme stocks aren’t just a fad. They’ve proven time and time again that online communities can change the world we live in with viral marketing. Memes can motivate a group of Redditors to go up against a billion-dollar hedge fund or make a “joke” cryptocurrency like Dogecoin surpass Bitcoin in popularity. People initially dismissed influencer marketing as a fad, but now influencer marketing is one of the most commonplace practices for companies looking to reach an online audience. Meme marketing is also on the rise and beginning to prove itself as one of the most powerful tools for digital marketers to understand and tap into.

However, to understand how memes and celebrities are able to influence an institution like the stock market, it’s also important to understand what a meme stock is. Without further ado, let’s get into it:

WHAT IS A MEME STOCK?

A meme stock is a regular, publicly-traded stock that suddenly increases popularity and skyrockets in price due to widespread trend escalation and gossip on social media platforms and forums like Instagram, Twitter, and Reddit. While regular stocks are valued based on company performance, meme stocks gain their value from people rapidly buying the stock due to manufactured excitement online. This excitement is typically accelerated through the use of memes, viral catchphrases, trend culture, and more.

Remember the Gamestop headlines from January? That was one of the first stocks whose demand was driven entirely by meme culture, making it one of the first meme stocks. People on the Reddit forum /r/wallstreetbets noticed that the Gamestop stock was being undervalued or “shorted” by large investment firms. Because of this, Redditors suddenly bought this undervalued stock and created a “squeeze.” This inflated demand for an otherwise cheap stock forced the value of Gamestop to rise from $9 per share to over $500, causing investment firms to lose hundreds of thousands of dollars over a couple of weeks.

WHY ARE MEME STOCKS IMPORTANT?

The Gamestop squeeze demonstrated that online communities can have real-world impacts on the economy and stock market. The stock market is usually controlled by financial institutions but the Gamestop squeeze showed the world that a dedicated group of people online can go up against billionaire hedge funds. GameStop wasn’t a one-off incident either. The classic movie theater group AMC’s stock lowered significantly during the pandemic due to regular market functions, but was given new life when it became a meme stock. That was all thanks to the power of memes!

Redditors created and shared memes about Gamestop, the stock market, and money that led to an online feeding frenzy around the meme stock squeeze. Due to the virality of the situation, more people took their chances at playing the stock market by investing in Gamestop, increasing stock prices up even more. This unprecedented growth resulted in a lot of “regular” people, or non-financial experts, making money, and a lot of investment firms losing money.

The meme-stock-ification of GameStop also prompted greater questions about regulation of the stock market, from power and influence of social platforms like Robinhood and Public to more established portals like Ameritrade. One thing is for sure, without the power of memes and word-of-mouth marketing from online communities, none of this Gamestop growth would have been possible.

IS DOGECOIN A MEME STOCK?

No, but they’re similar! Dogecoin is a form of cryptocurrency like Bitcoin or Ethereum. The name is actually a reference to the Doge meme that features a Shiba Inu dog and comic sans captions.

Dogecoin was actually started as a joke by its creators back in 2013. It quickly rose in popularity as a fun version of Bitcoin that featured a popular meme–the Doge dog. As more people talked about Dogecoin, the combination of its meme roots and trendy cryptocurrency status made it the topic of public interest–resulting in coverage on major news platforms, broadcast television networks, and more. As public coverage grew, so did the number of people that supported Dogecoin as an investment option.

That rise in popularity due to online hype is why many conflate Dogecoin with meme stocks. Although Dogecoin is not specifically a meme stock, both meme stocks and Dogecoin have cult value driven from fans online, resulting in unprecedented growth.

WHAT ABOUT ELON MUSK?

Elon Musk is primarily known for being the CEO of Tesla and SpaceX, but many online users know him as a big proponent of “meme stocks” and new cryptocurrencies like Dogecoin. It’s no surprise that Dogecoin is Musk’s favorite cryptocurrency considering his reputation as a meme lover who frequently posts memes to his large Twitter following.

His statements are also known to affect the value of these currencies in real-time. This sets an interesting standard for the rest of the celebrities. Given the status and persuasive power that Elon Musk carries in elite circles, a meme he tweets can change the entire direction of the stock market for better or for worse, at any time of day.

In the case of Gamestop, Musk mentioned one of the viral phrases associated with the squeeze, which resulted in more people purchasing shares of Gamestop stock and increased prices. When Elon Musk announced that Tesla would no longer accept Bitcoin, the price of Bitcoin dropped. Conversely, when he recently tweeted that he was working with Dogecoin developers, the price of Dogecoin rose.

When a person achieves a certain level of fame and authority, it’s important to see how they impact the world around them. In the case of Elon Musk, his influence was capable of changing the way that the stock market operated on numerous occasions. While memes and word-of-mouth marketing were the cause of the growth, the addition of celebrity influence acted as a catalyst for even greater reach.

WHAT DOES THIS MEAN FOR BRANDS AND MARKETERS?

The Gamestop squeeze and Elon’s influence on Dogecoin both demonstrate how memes and celebrities can influence the stock market.

Brands and marketers should take away three major lessons from the story of Elon Musk, Dogecoin, and the Gamestop squeeze:

An online community of Redditors banded together on their favorite social media forum in a way that saved one of their favorite stores, Gamestop, from being undervalued by larger investment firms looking to make a profit on its status in the stock market. They used the power of memes to generate a powerful word-of-mouth campaign that reached millions and resulted in a widely volatile market that impacted thousands of people, brands and businesses in different ways.

Similarly, celebrities like Elon Musk have the power to mobilize their fan bases. Musk’s ability to manipulate the stock market based on social media posts shows the importance of meme marketing and meme communities, while also showing the ability for growth when paired with the reach of a celebrity or influencer. For celebrities and influencers, followers on Twitter or another social network can be a powerful tool to make or break cryptocurrencies like Dogecoin with a single tweet.

Remember: never underestimate the power of memes! Both Elon Musk and the Reddit community used memes to generate hype around specific stocks or cryptocurrencies, resulting in financial, cultural and judicial changes that impacted the rest of the world. A meme may seem like a simple joke, but it can explain complex information via humor that is easy to understand and even easier to share with friends–making it a valuable tool in communication, marketing, or stock market investments.

To learn more about memes and meme marketing, follow us on social media for trend updates and insights.