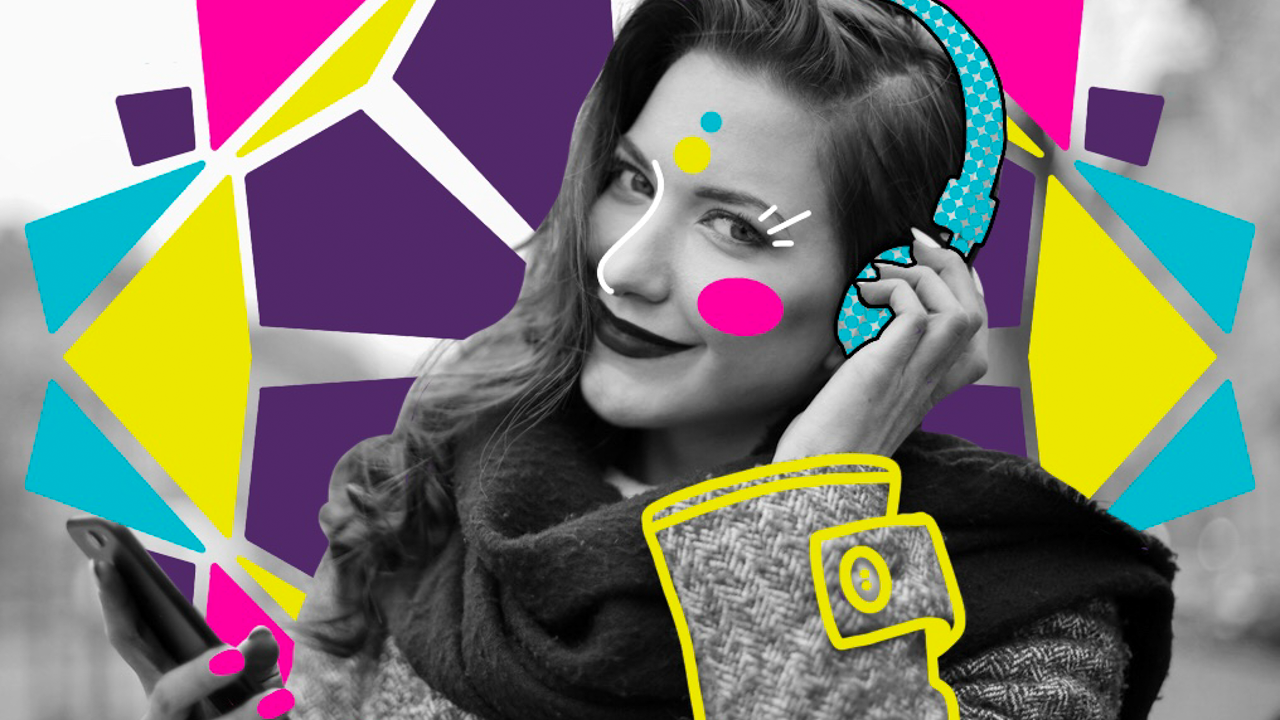 Audio is back and better than ever

odcasts are having a moment (or rather another peak in a continuous upward trajectory since they started gaining traction in the mid-2000s). From Spotify’s announcement that it will acquire Megaphone to celebrity-hosted podcasts ranging from Kesha, Rashida Jones, Bill Gates, and Michelle Obama, podcasts are seeing massive success as people turn to them for information, entertainment, and, more often than not, comfort.

While they’re been a largely millennial mainstay, Gen Zers are also turning to podcasts as a form of entertainment in a video and image-saturated world to learn more about their favorite influencers, the latest political news, issues impacting other teens, and pop culture. A study by The Morning Consult found that 32% of Gen Z are regular podcast listeners. That same study found that a majority of Gen Z prefers to listen to podcasts on Spotify and that comedy, true crime, and pop culture were their favorite topics.

Another hint that Gen Z is loving podcasts? The number of Gen Z podcasts hosted by fellow members of the generation.

From influencers like Charli and Dixie D’Amelio who launched their own podcast, “Charli and Dixie: 2 CHIX” to “Let’s Be Real with Sammy Jaye” to the popular “Teenager Therapy,” these podcasts are talking about issues and topics Gen Z cares about. Not only do these podcasts see a large number of listeners and downloads but they’re seeing a lot of positive feedback as well.

Take, for example, “Teenager Therapy.” The podcast is hosted by five high school students from California who talk about the trials and tribulations of being teens while not shying away from #realtalk. It launched in September 2018 and since then has covered topics such as anxiety, toxic friendships, stressing about AP exams, cancel culture, relationships, and so much more.

The success of this podcast lies in both its innate ability to offer transparency and the ability to shed light on shared experiences while also elevating those struggles and making the listener feel like they’re not alone. The conversational and friendly tone set by its hosts also draws listeners in and reminds them that they’re not alone — something that was especially important during months of stay-at-home orders due to the coronavirus pandemic.

So, why does all this matter?

As Gen Z turns to podcasts as a daily entertainment medium, new marketing avenues are opening up.

Podcast listeners don’t seem to mind advertisements during their podcasts. According to a report by Y Pulse, 46% of 13-35-year-olds are OK with brands promoting products on podcasts (partly because these listeners understand that their favorite pod hosts need the revenue to keep producing their shows.)

The rise of scripted advertisements in podcasts is also something to keep an eye on as 52% of podcast listeners say they’re likely to trust recommendations from hosts themselves. This is similar to the trend we’re seeing among influencers and their followers. Companies should look to partnering with podcasts (and their hosts) that align with their brand industry to reach their audiences.

We’ve seen dynamic ad insertion, the ability to choose specific ads to play based on user data, play a huge role in this field. Spotify, who we briefly mentioned at the beginning of the post, is also stepping up its podcast game. Its recent purchase of Megaphone, a podcast technology company specializing in advertising, is an addition to Spotify’s acquisitions of Gimlet Media and Anchor in 2019. The purchase brings Megaphone’s over 5,000 podcasts to Spotify (and their listener data), as well as a whole ecosystem of podcast technology.

Spotify’s own podcast advertising service is powered by streaming ad insertion meaning it takes into account audience data such as age, gender, and listening behavior to help advertisers choose the best podcast to advertise on. Brands who advertise through Spotify also receive detailed insight into a specific podcast’s listeners and data on the impressions their ads get.

Puma is one brand that has already turned to Spotify Podcast Ads to increase its reach. The sportswear brand teamed up with journalist and culture critic Jemele Hill on her Spotify original, "Jemele Hill is Unbothered" and saw an ad recall lift of 18 points.

Podcasts are having their day, week, and their year. From acquisitions by big media platforms to celebrities and influencers creating their own shows, podcasts have officially transitioned from niche media to mainstream entertainment.

As they become a permanent fixture in American culture, more and more members of Gen Z are both tuning into podcasts talking about topics that interest and impact them (with a large number getting behind the microphone themselves.) This new medium provides yet another way for marketers to reach the young and highly engaged demographic.

Gen Z listeners, as well as other adults, are usually loyal to the podcasts they enjoy and are receptive to advertisements. Brands should look to partner with either the podcast hosts and producers themselves or the hosting site to launch new campaigns.

Concepts Discussed
Gen Z
podcasts
Thank you! Your submission has been received!
Oops! Something went wrong while submitting the form.