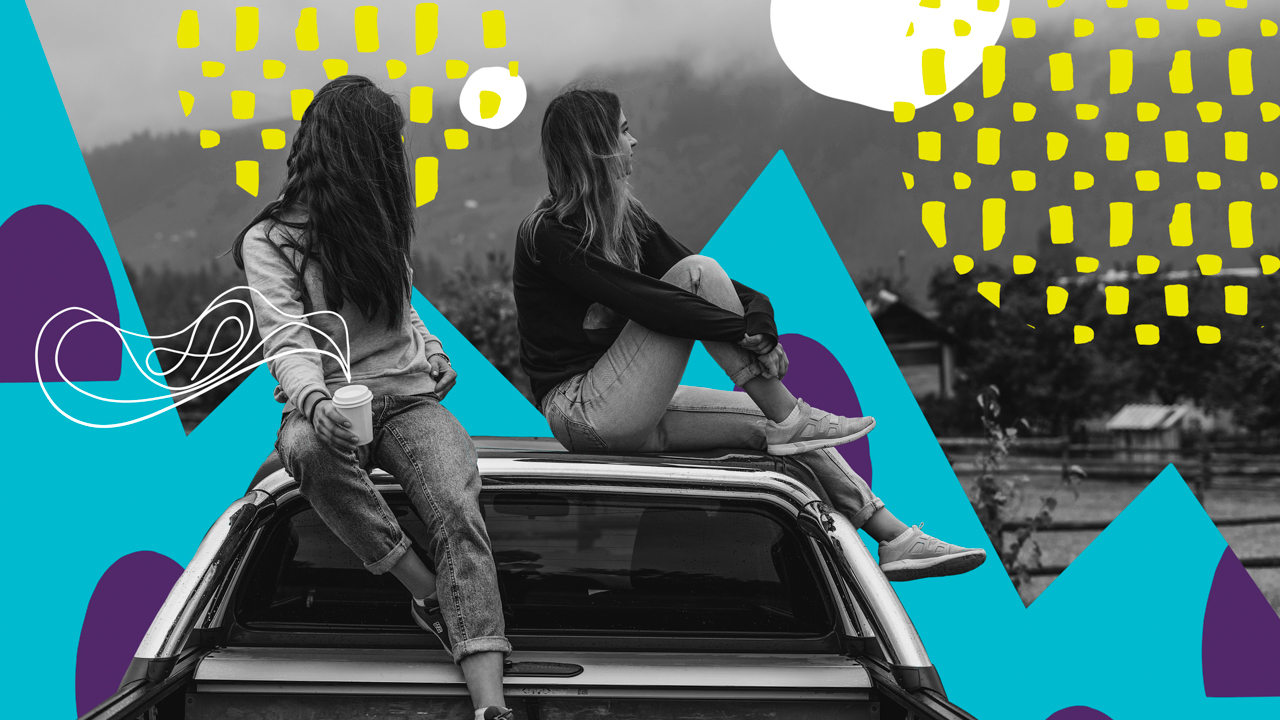 All heroes have their humble beginnings…

any of us look at a meme and don’t consider where the image originated from or how it grew in popularity to become a meme. But the anthropologist (or memeologist) within me loves to uncover the origins of popular memes. I’m always amazed at how a seemingly random image or moment in time can spark an iconic meme. Some memes become instantly famous, and others slowly build recognition on the Internet for years until they finally catch on and spread like wildfire.

Today, I’m going to be digging deeper into the origin stories of four popular memes. Sit down, get comfortable, and get ready to learn more about memes than you ever thought possible.

The first meme on our list is the “Confused Math Lady” meme, AKA the patron saint of anyone who has been confused in math class. While some have mistaken her for Julia Roberts, the woman in this meme is actually Brazilian actress Renata Sorra. The images show her playing her villainous character ‘Nazaré Tedesco’ on the popular telenovela Senhora do Destino, which aired from 2004-2005.

You can see the original clip in the video above where she’s sitting in a jail cell, making her iconic confused expression. For years, a gif of her face in the scene was used online as a reaction image. In 2016, someone edited the math equations over a 4-panel version of the reaction gif in a meme they uploaded to 9gag, and the rest was history.
‍

Next up on our list is a truly classic meme: “Disaster girl.” She was from the nostalgic meme era of the 2010s when meme culture was just beginning to take over the Internet. Disaster girl was a popular “photoshop meme,” meaning people would edit her face onto various hilarious backgrounds such as this one with the Titanic:

The true story behind the photograph is that the girl, named Zoe Roth, did not actually set the house on fire. In 2005, Zoe and her father watched the local fire department do a controlled burn in their neighborhood. He was an amateur photographer and asked his daughter to smile. Roth gave the perfect devilish grin that prompted her father to enter a 2008 photography contest. The Internet caught wind of the photo right away, and the “disaster girl” meme was born.

In case you needed a reason to feel old, Zoe Roth is now a senior in college. Her meme sold as an NFT for over $500,000, which she used to pay off her student loans and give to charity. She’s no longer a disaster girl but a disaster woman now.

The third and most recently-created meme on our list is the “Oprah’s Shocked Reaction” meme. This meme became famous in March of 2021 after Oprah interviewed Prince Harry and Meghan Markle to discuss their decision to leave the Royal Family. Oprah’s expression comes from a controversial interview moment when Markle admits that several British Royal Family members were concerned about “how dark” her baby’s skin would be.

I was on Twitter during the interview and can attest to how fast the meme spread even while the show was still airing. The screenshot went viral because it’s the perfect reaction image to express disapproval at something, similar to how the Drake meme functions. The “Agness Harkness Winking” meme from Wandavision is another example of a screenshot from a trending show that goes viral because so many people can recognize it. Trending memes like these give society a way to discuss and digest notable moments from popular culture through humor. In case you were wondering: yes, Oprah has seen these memes.

Last but certainly not least in our journey through meme history is the “Crying Cat” meme. Cats hold a special place in meme culture because they were the star of many early memes like the ‘Can I Haz Cheezburger’ cat. The meme features an image of a cat photoshopped with tears in its eyes and is used to express disappointment. What you may not realize is that the original image was actually another meme called “Serious Cat.”

The “Serious Cat” meme is an example of an image macro meme (aka memes with impact font on them.) Back in 2006, people would post the above image on forums such as 4chan as a tone indicator. Eventually, cat memes and image macros went out of style, and so did Serious Cat until someone photoshopped it crying. Now the Crying Cat has sparked a new meme trend of photoshopping its sad expression onto other cats, such as my personal favorite one here.

All of these memes had unlikely beginnings ranging from a Brazillian soap opera to a random cat image. Meme inspiration can come from the most unlikely places, which is part of the beauty of meme culture. Some memes are instantly famous, like the Oprah one, and others slowly gain traction until they eventually become a bona fide meme. Learning the history of memes helps us appreciate them and better understand meme culture.

Want to learn more about memes? Check out our other meme research here.

Concepts Discussed
Memes
Meme Pages
Culture
Trend
Thank you! Your submission has been received!
Oops! Something went wrong while submitting the form.