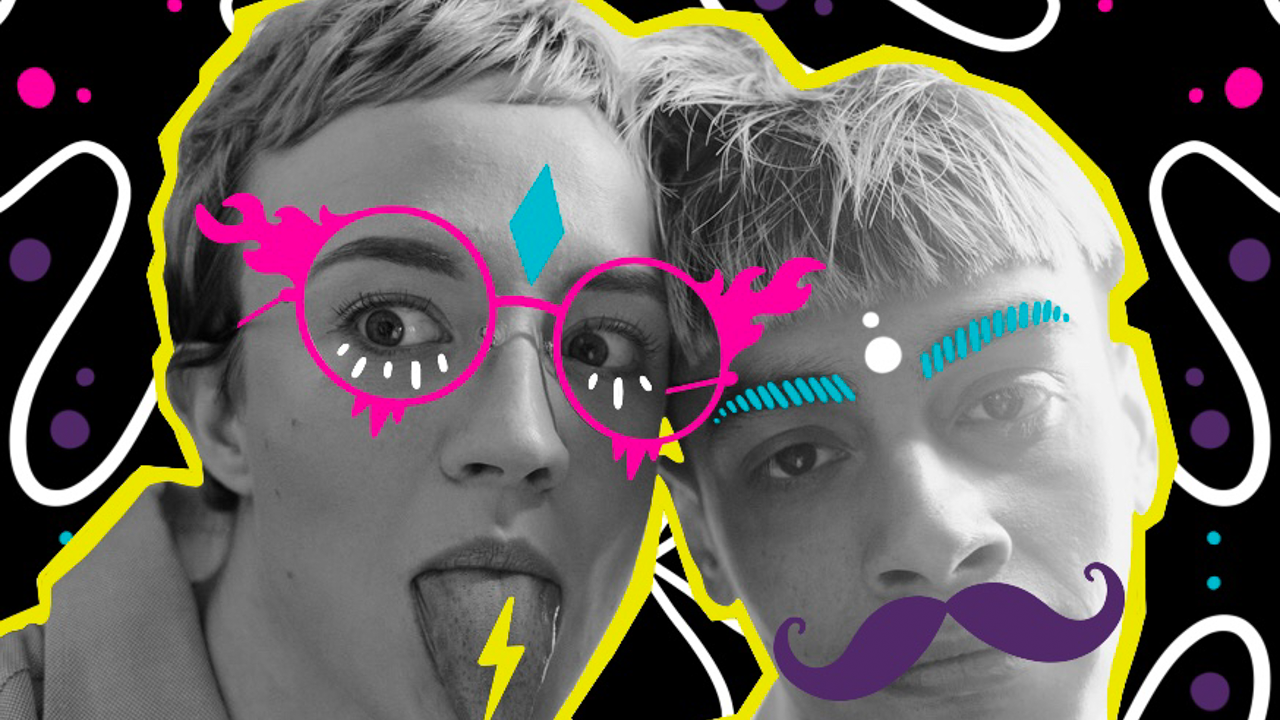 How live virtual communities are keeping people connected through a disconnected time.

uring the Coronavirus pandemic, TikTok has been great and all (you don’t need to tell us twice) but if you’re like us and miss social interaction, then Houseparty might just be the app for you. While Houseparty first appeared in the app store in 2016, it saw a resurgence in downloads in March when many state’s shelter-at-home orders first took effect. According to both the Centers for Disease Control and Prevention and the Mayo Clinic, connecting with loved ones is one of the best ways to healthily cope with the pandemic and ease feelings of loneliness and anxiety.

Continue reading to learn more about Houseparty, who’s using it, and how marketers can use the app effectively.

Houseparty is a multi-person face-to-face social network that allows you to connect with the people you care about through video chatting, games, and, most recently, original video content.

Launched in 2016 by Sima Sistani and Ben Rubin, Houseparty was bought by Epic Games (the creator of Fortnite) last year. It’s been a popular app among Gen Z since it’s inception due to its ability to link a user’s account with their Snapchat (90% of generation Z in the U.S. have Snapchat.) However, it became widely downloaded among adults at the start of quarantine in March and was even called the “app of the moment” by Vogue.

Once users log on to Houseparty, they can set their status to “online” and choose to be notified if other friends also go online. Part of the app’s draw is that this feature spurs unplanned hangouts with friends and family.

The app is broken down into “rooms” which allow up to eight people in at once. You can also lock rooms so unexpected users don’t pop into games or conversations unwanted.

So, what makes Houseparty different from Zoom, FaceTime, or Skype? Our next section will give you the DL on all things Houseparty and how the app is constantly evolving.

No party would be complete with a game or two. Houseparty features in-app, multiplayer games such as Heads Up!, trivia, karaoke, Uno, and Chips and Guac that you can play with your friends and anyone else who decides to join your room.

Users also have the opportunity to change their screen’s background by using the app’s frames. These cool frames are created by artists from across the world and new ones are released on a bi-weekly basis.

Brands like Houseparty that incorporate user-generated content can reach a wider audience and also establish trust among their followers.

Throwing its hat into the ring of the world of streaming content, Houseparty has created three live shows for its users to tune into since the beginning of COVID-10-related restrictions in the U.S.

When hundreds of live performances were canceled including festivals like Coachella and Bonnaroo, Houseparty stepped up to fill the gap. Back in May, Houseparty partnered with over 40 artists and celebrities to put on a 3-day live stream event called “In the House.” Houseparty users could log on the app with their friends and click the TV icon to watch a variety of musical performances, fitness sessions, or cooking classes. Appearing in 30-minute intervals, users could log in to hear Idina Menzel sing, actress Zooey Deschanel of “New Girl” fame answer fan questions, or join “Brooklyn Nine-Nine’s” Terry Crews’ workout session, just to name a few.

Houseparty also partnered with Opus United for a special series called “We the People” in light of the country’s reckoning with race. Hosted by Van Jones, the series centered around conversations about racial injustice in media, culture, entertainment, and sports with guests such as Elaine Welteroth, the former Editor-in-Chief of Teen Vogue.

Houseparty’s most recent show, titled “We the People x More than a Vote,” is aimed at encouraging users to “take action against the voter suppression crisis that is disproportionately impacting Black communities.” For this series, Houseparty also teamed up with Fortnite to promote the series, and users who watched the series were able to unlock a free Verve Emote for the game. An emote in Fortnite encompasses everything from dances (remember the floss?) to taunts to themed items you can use in the game to express yourself.

These shows are proving that Houseparty is more than a place to randomly talk to friends, but a place to intentionally gather and learn together.

If you’re a marketer, you should take a cue from Houseparty and actively tie in current events to your branded content. Even better? Make a series that tackles ongoing events, like Houseparty’s “We the People,” and invite respected voices in those communities to talk about what’s happening. This will let members of your audience impacted by those problems — such as challenges facing those in the BIPOC or LGBTQ+ communities — know that you value them, while aligning your brand with a social cause.

One of the best (or worst, depending on the situation) features of Houseparty is that you can instantly pop into rooms or conversations without having to get a link or invite. However, that can be frustrating or downright embarrassing if you’re trying to have an uninterrupted convo with a group of your closest friends or are ranting about a stressful day at work.

Luckily, like in a real house, you can “lock” the room. This prevents people from dropping into your conversations or games even if the room isn’t full.

Houseparty initially drew Gen Zers because its design encouraged video chatting when you were bored. However, the app saw a surge in downloads across age groups at the start of the coronavirus pandemic.

Now it’s being used by those who want to arrange virtual playdates for their school-aged children and old college friends getting together for a virtual wine night.

How Can Marketers Use Houseparty?

Similar to the social networking app Discord, Houseparty doesn’t offer any ad space for brands to buy which makes sense for the app’s functionality (imagine how strange it’d be to chat with your friends while an ad banner pops up.) However, that doesn’t mean that the app is without brand integration.

Heads Up!, a charade game created by Ellen DeGeneres has been a long, and mutually beneficial, partner with Houseparty. DeGeneres often talks about the app on her show and the existence of the game on the app increases exposure for the Heads Up!

Marketers should look into creative ways to seamlessly integrate their brand with the app though small and organic activations. In a feature by The Drum, executives in the industry highlighted possible ways brands could partner with Houseparty in the future including a Netflix integration that allows users to stream shows together on an app (instead of just Chrome), brand-sponsored trivia sessions, or ways to increase the hype around a new product by partnering with Houseparty to have launch parties users can watch with their friends.

Houseparty’s unique design makes video chatting spontaneous and fun for users across generations. Its many features, from fun games to creative frames, also make it more casual than a workplace Zoom call.

Houseparty is also showing its users and the world that it’s keeping its pulse on current events and is ready to step into some of the gaps brought on by the coronavirus pandemic by hosting new streaming shows that you can watch with your friends surrounding racial justice or fun entertainment.

Concepts Discussed
Houseparty
Thank you! Your submission has been received!
Oops! Something went wrong while submitting the form.