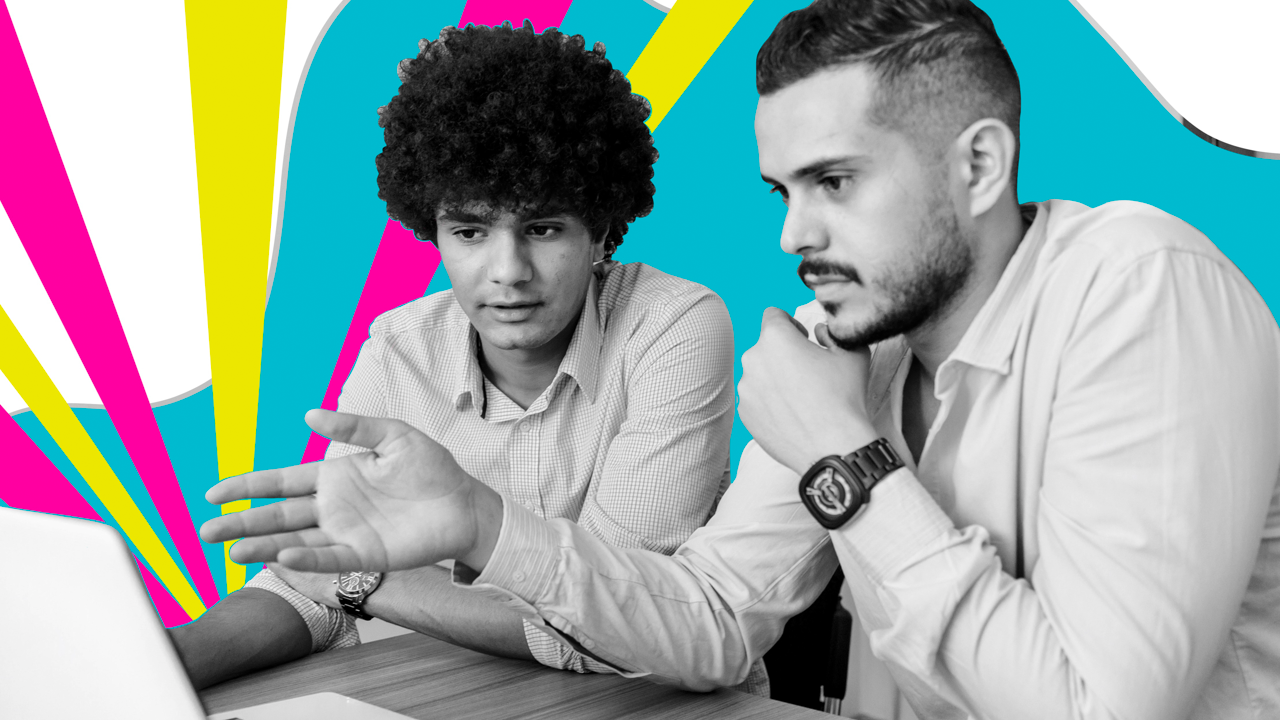 How Bunch is Changing the Gaming World

For users looking for a social gaming app that's easy to navigate, Bunch is for them.

f game nights with a group of close friends or family members were a part of your weekly routine pre-COVID-19, you may be missing the social interaction, competition, and chance to trash talk (all in the spirit of friendly conversation, of course.) If not, maybe you’re like us and are missing social interaction in general. Luckily, Bunch is here to help.

Bunch is an app that allows up to eight people to play a wide selection of in-app and third-party games from their phones (like if FaceTime married iGames.) Since the beginning of the pandemic, Bunch has seen an increase in downloads and time spent on the app.

This article will go over what Bunch offers, how it's changing the gaming world, and what marketers can learn from the fastly evolving app that’s capturing Gen Z.

Bunch was founded by Jason Liang, Selcuk Atli, and Jordan Howlett in 2017 in order to bring the experience of social gaming to mobile. In November 2018, Bunch made headlines in the tech and social media world when it received $3.8 million in funding from London Venture Partners and 500 Startups, among others. In September 2020, Bunch received another $20 million in funding from other investors including Electronic Arts (the developer of favorites like Fifa and Plants vs. Zombies), Ubisoft, and General Catalyst.

Bunch’s video platform allows people to connect when travel and in-person gathering is limited due to the coronavirus pandemic. But what makes this app stand out among Zoom (plus, who wants to be on Zoom outside of work or school?) is the ability to play both in-app and third-party games while chatting with friends.

The app’s model is proving ever popular with users in March spending over 1.5 million minutes a day on the app. Even more telling, 80% of those users are using Bunch to play games with their friends.

Bunch’s biggest competitor is Discord, another gaming app that’s been seeing a lot of traction since its rebrand this summer. Yet users who are looking for an app that takes a little less time to set up and learn how to navigate, then Bunch is for them. This section will go over Bunch’s features and why they’re continuing to draw in users.

Up to eight players can participate in a video call and join in on one of Bunch’s games which include FlappyLives (a knockoff of 2014’s breakout app, Flappy Bird), Mars Dash, and Draw Party.

These in-app games make it easy for users of the app to download and chat without having to have another app open or spend any money to have fun.

Bunch has also allowed third-party game developers to integrate their games so their millions of gamers can play through the app. Third-party games, such as Mario Kart Tour, Spaceteam, Minecraft, and Fortnite, are those that aren’t made by Bunch itself and require separate accounts to play.

When users choose to play third-party games, the Bunch Overlay feature will allow them the ability to still talk with their friends. Bunch Android users will be able to still see them on small video icons, however, this feature has yet to be developed for Apple users (although they can still hear their friends.)

Bunch’s integration with Fortnite is especially appealing for Apple users as the popular game is no longer available on the app store. The legal saga began when Epic Games (the creator of Fortnite) began its own in-app payment processing system that was, according to Apple, in violation of the App Store guidelines. Apple then pulled the game from its app store to the varied reactions from Fortnite players, with the biggest criticism being that it limited playing on mobile devices. August 2020, Epic Games filed an antitrust lawsuit against the tech giant.

The partnerships between the companies behind some of Gen Z’s favorite games and Bunch is advantageous for both parties as it encourages users to download the app in order to play with their friends while also increasing awareness of the games themselves.

Even before 2020, Bunch’s primary users were Gen Zers and Millennials. Its ability to “deep link” with friends through apps like WhatsApp, Facebook, and Snapchat make it a popular way to gather a few friends for a virtual game night.

However, since March, the company said a majority of its users were female (a change from weeks before) and that 75% of Bunch’s users live outside of the United States.

How Can Marketers Use Bunch?

Bunch currently isn’t monetizing meaning that it’s not offering any advertising spots on its app. However, in a 2018 TechCrunch article, Atli said future possibilities for the app could include selling add-ons such as emotes (expression tools), voice, and video filters for users.

These opportunities would open up doors for brands to create branded activations on the app. For example, Doritos created an emote on the popular streaming platform, Twitch, during the 2018 Dorito Bowl at TwitchCon. This led to thousands of mentions featuring Doritos-themed content across Twitch, leading to high engagement and increasing the brand’s reach.

The pandemic has changed how people interact with each other and will have lasting effects for 2021 and the months to come. Bunch is one of many social video apps that’s made its name well known among Gen Z as they work to stay safely connected and entertained.

Bunch is successful because it, like many of the emerging platforms we’ve featured, meets its audience where they’re at: on their phones. Combined with a simple design and the ability to play in-app and third-party games, Bunch is increasing in popularity and with new updates, is definitely an app to keep an eye on in 2021.

Concepts Discussed
Gaming
Esports
Thank you! Your submission has been received!
Oops! Something went wrong while submitting the form.