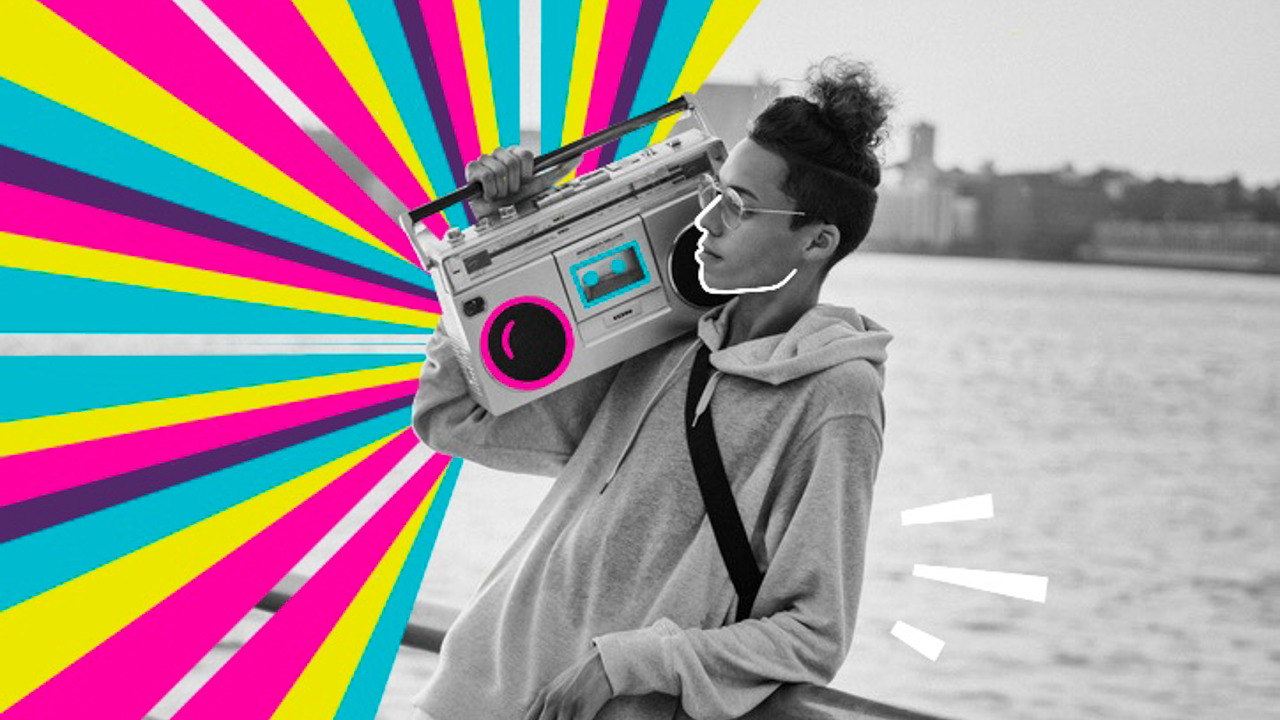 How Can Musicians Use TikTok?

5 reasons why TikTok is a powerful platform for musicians at any stage in their careers.

emember when you’d turn on the radio last year and heard Lil Nas X’s “Old Town Road” all the time? If you had a love/hate relationship with the country rap track, then you have TikTok to thank for that as the app is responsible for launching the song to the Billboard Top 100 and Lil Nas X into stardom.

While TikTok is known for its dancing and comedy content (such as the dance challenge that made “Savage” ridiculously famous), TikTok has also become a place where musicians can gain world-wide recognition, obtain record deals with some of the industry’s largest labels, and collaborate with other TikTok musicians. If you’re a musician and you want to learn how to use TikTok to gain followers, increase streams, or drive traffic to your website then you’ll want to keep reading.

Before we get too much farther, let’s hit pause and talk about what led to TikTok’s rise in music power and how it continues to transform the industry.

Before TikTok was TikTok, it was the lip-syncing app, Musical.ly. In 2017, it was bought by ByteDance for a reported $1 billion and merged to form the app millions of users — primarily belonging to the Millennial and Gen Z generations — now know and love.

It has since become a place where songs and musicians can turn into overnight sensations and The Ringer even hailed it as the “future of the music industry.” We did a deep dive into why TikTok and music promotion are a match made in heaven, give it a read if you’re interested.

With musicians promoting new songs on the app, collaborating with fellow artists, creating challenges with their songs, and appealing to younger listeners, TikTok is a powerful platform for musicians at any stage of their musical career. This article will detail five of the best ways you can use the app as a musician.

Original TikTok content are videos that are uploaded and created by the user themselves. This contrasts with videos that are reposted by other users or meme accounts. For musicians, original video content is also paired with original audio.

Even videos as simple as you singing a cover of your favorite tune or an original song see massive success. By posting original content, you have the potential to organically grow your reach, gain the attention of music producers, and increase the number of streams on your tracks.

Take Melbourne-based singer Inoxia who rose to TikTok fame when another user uploaded a short clip in 2019 of her busking on the street. She then created her own account and uploaded a video of her singing “Dance Monkey” which has over 130 million views and close to 17 million likes.

Inoxia’s profile features dozens of videos of her busking in the streets pre-COVID, as well as videos of her singing in her apartment.

Make or Participate in Duets

TikTok makes it easy to collaborate with other musicians and users through its duet feature.  This feature allows you to create videos that put your content side-by-side with another user’s TikTok so viewers will see both playing at the same time.This taps into TikTok users’ highly inclusive mindset and their passion for creating content themselves. It’s also a great way to increase engagement across multiple fanbases.

Duet videos are popular in music TikTok and allow singers to harmonize with others or participate in popcorn challenges and give a platform for instrumentalists to pair up with singers or dancers.

Most musicians who want to invite others to duet with them will post lyrics in a separate color for others to sing along with under the hashtag #duetwithme or #duet.

Singer Miko Manguba (found under the handle @jmko_music) has amassed 1.6 million followers on TikTok and posts several duet videos on his page that invite other musicians to sing along.

He recently posted this popcorn duet video for “Pure Imagination” that has 1.9 million likes and over 15K duet videos. These popcorn duets are similar to traditional duets but invite the other singer to sing every other word or phrase.

Interact with Fans and Respond to Comments

Another way to increase your reach is to respond to your comments and post videos that either answer questions or satisfy requests by your fans. Not only does this make them feel valued and appreciated, but the more content you produce that they like, the more they’ll watch and share which will increase the likelihood of your videos appearing on the For You Page.

Start Challenges with Your Song

TikTok wouldn’t be TikTok without its never-ending stream of challenge videos. These wildly popular trends often see traction when created or done by brands or influencers and appeal to Gen Z’s passion to create videos themselves.

If you’re a musician, try to create your own challenge to a song or partner with a dancer or influencer to see your song blow up.

Take the 15-second audio clip of Curtis Waters’ “Stunnin’” (feat. Harm Franklin.) It currently has 1.2 million videos that use the track and often feature users changing outfits according to the prompt “What I’d wear if I was in…”

Among the millions of user videos, TikTok influencers Dixie D’Amelio and Brent Rivera decided to hop on this trend and both videos have over 50 million views and millions of likes.

There have been countless studies on how playing an instrument makes you smarter. However, most people don’t know where to start or don’t have access to private lessons. This is where you can come in. By posting tutorials on how to play, you’ll not only gain dedicated followers or fans and have an opportunity to actively engage with them and help new musicians along the way.

Drummer Nick Adams (@nickadamsdrums) posts a wide array of content that includes videos of him playing popular songs, breaking down his favorite drum sections of songs, and how-to videos for different beats or styles.

For example, Adams’ Drumming 101 videos (a three-part TikTok series) have over 2.1 million views.

TikTok serves as not only a launching pad for new artists, but as a space where musicians can actively engage with fans, work with other artists across the world, and cultivate a strong and loyal fanbase.

By partnering with influencers and other users to create trending challenges using your song, creating tutorial videos to inspire other viewers and establish credibility, posting original content, and collaborating with other artists via duets, musicians can leverage the platform to reach new audiences and grow their online presence.

Musicians ranging from Lil Nas X and Arizona Zervas (of “Roxanne” fame) have even landed massive recording deals because they used TikTok. So, what are you waiting for?