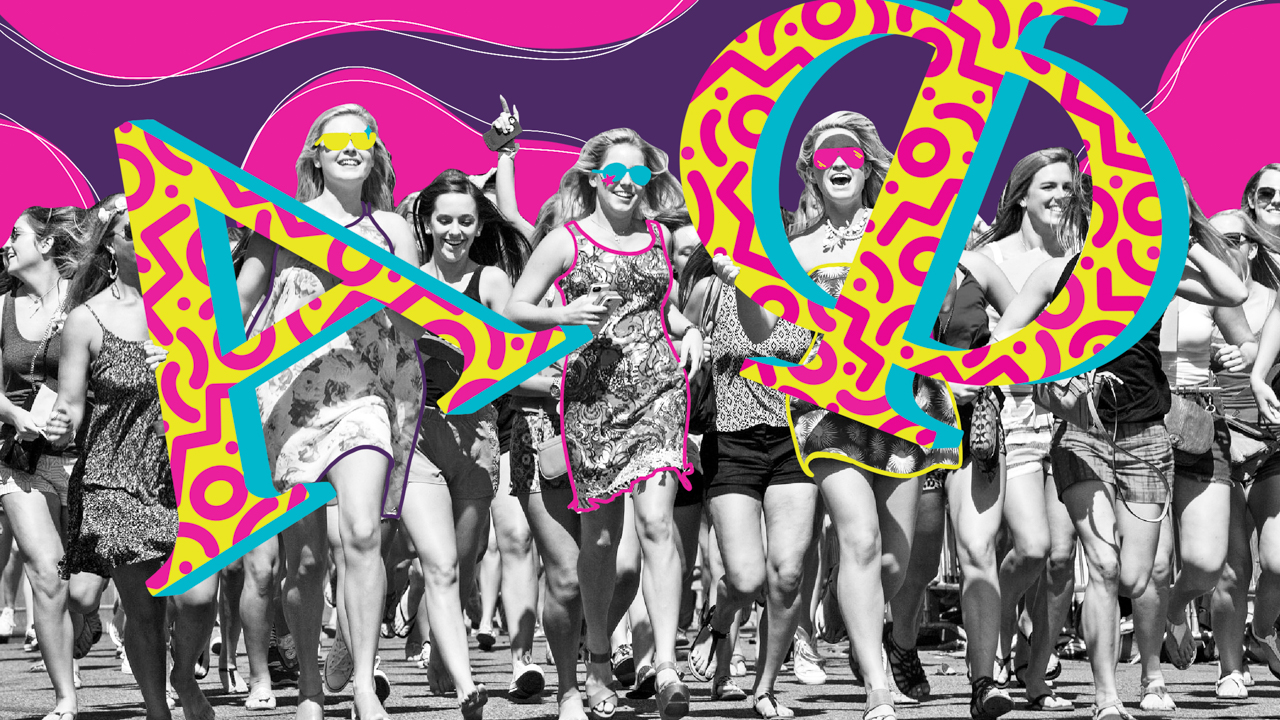 hile scrolling the TikTok For You page this past week, you may have noticed your feed suddenly transform overnight with content from sorority #RushTok. The University of Alabama is home to some of the largest sororities in the United States and last week was “Rush Week,” or the recruitment period for the Greek organizations on campus. These are large social clubs with history that spans over decades in the United States. Even those who have never stepped foot inside of a sorority or frat house have suddenly become highly invested in the University of Alabama’s Rush Week––us, included.

But, why did such a niche content category suddenly become the mainstream trend across all of TikTok? We have a couple ideas.

These videos give us an inside look into a subculture unique to American colleges that many people may not know about. Sororities have special rituals, unspoken rules, and language that mystifies outsiders while bringing up nostalgia for those who were a part of one while they were in school.

Second, this trend also comes during the first true semester back at college in over two years. Gen Z is excited to be back on campus this fall, and sorority rush week marks the start of the semester for many schools.

Despite these two points, the biggest question still remains. How did this trend captivate so many people while also launching several new influencer careers? To fully grasp the social phenomenon that is #RushTok, we need to take a step back and look at the beginning.

OOTD or Outfit of the Day TikToks
‍

The #RushTok phenomenon first began when the girls who were rushing the sororities began posting “Outfit of the Day'' videos on TikTok. During Rush Week, a PNM (or Potential New Member) is expected to wear different themed outfits for each stage of recruitment. The #RushTok trend really began when the hashtag was flooded with many OOTD videos in a short amount of time as each potential member posted her outfit during the same 2-3 day time period.

The large volume of recent OOTD content must have influenced the algorithm enough that even those outside of Alabama encountered the rush videos on their feed. Once a few outsiders saw these videos appear on their For You Page, people began to create parody OOTD videos to poke fun at the structure of the OOTD videos that were coming out of the rush week at Alabama. These parodies helped expand the reach of the trend beyond a niche community and into the wider TikTok population.

These “outfit of the day” videos were only a jumping-off point for many unlikely stars, brands and artists to take center stage.

This is also where #RushTok really begins to take hold.

A New Incoming Class of Influencers

When the #BamaRush hashtag first began, a few hopeful girls stood out among the rest and became stars of the trend thanks to videos like these which showcased them. Mackayla Culpepper (@whatwouldjimmybuffetdo), Hannah Dubberly (@hannahdubb), and Emma Lou (@dollypartonwannabe02) were some of the breakout creators from the RushTok trend.

Many onlookers became very invested in the potential sororities of these particular girls. They were sharing the highs and the lows of the incredibly stressful week with their new fans and the people who found these young Greek life hopefuls came to know and love their personalities, style, and story. The attention that was suddenly thrust upon these girls can be likened to the way a sports fan would root for their favorite college athlete to get picked by a national team.

For instance, when Mackayla Culpepper was rejected from every sorority she applied to, seemingly hundreds of fans who had never met her were completely up in arms, willing to defend her. The dedication of her newly acquired fanbase was a testament to her growing popularity.

RushTok caused these girls to gain thousands of followers, propelling them into the national spotlight overnight. Even if they were rejected, or dropped by the sororities at Alabama, they now have potential as an influencer due to their fan bases and reach. It makes sense that the girls who first gained popularity for posting videos of their outfits would go on to become micro-influencers in their own right. These particular girls were just in the right place at the right time to grow a fanbase invested in rush experiences.

Shop this “taking too long cowl neck rhinestone crop top” and don’t forget to use my code: HDUBB to save 10%. Link in comments⭐️ #ootd#StyleSnap#fypシ

RushTok star Hannah Dubberly has already begun promoting discount links in the captions of her outfit of the day videos––one of the hallmarks of an early influencer!
‍

This leads us into our next unlikely star of the Alabama Rush TikTok trend: the brands.

The Local Fashion Brands on a National Stage

A recurring trope of the #BamaRush outfit of the day videos is that each girl will explain where she bought her shirt, earrings, shoes and more. The format was borrowed from more traditional fashion influencers who were telling their fans where to find the pieces they were showing off. What was seemingly a small detail in the #RushTok trend has had significant results for the brands mentioned.

When Mackayla Culpepper mentioned the local Alabama boutique The Pants Store in one of her first OOTD videos, people rushed to their website and brick and mortar locations. Many international or otherwise unfamiliar viewers were intrigued with the typical Southern-belle sorority fashion style. Now, the employees of these smaller, local Southern brands are working overtime to keep up with the influx of orders from fans.

The Pants Store isn’t the only brand to suddenly gain business from this trend. Many of the #RushTok videos also mention Kendra Scott jewelry, and Kendra Scott’s official TikTok brand page has already begun capitalizing on the recent trend.

The #BamaRush outfit of the day videos became famous because of the unique sorority culture they’re a part of. Viewers genuinely enjoyed seeing the unique style of sorority rush fashion, and wanted to know where they could buy the clothes these young rising stars were wearing.

The local Southern fashion seen in these Rush videos is very distinct and can be seen as a novelty to viewers across the country (and the globe!) Thanks to these PNMs-turned-creators, we could see a sudden trend of white tennis skirts and tassel-earrings taking over fashion trends in the near future. Keep your eyes peeled for that!

What should we expect next from this trend?

While nothing is set in stone, we anticipate that many of these #RushTok stars will go on to become micro-influencers who could partner with local brands or restaurants during their college career. Rush week may be over, but they can still post fashion #OOTD videos and sponsored content to their new, large followings. Even girls like Culpepper, who were in the end rejected from sororities, can still become influencers––and may even have more freedom to post content that would typically go against sorority rules (which can be extremely restrictive for active members on social media.)

Not only have local stores and brands surged into the national spotlight, but college-specific music has experienced massive growth as well. The sound “6 Zetas in This Benz” created by the musician Young036 (who is known for creating songs about sororities) has already been used in over 2k videos on TikTok, with other sorority-specific music gaining boosts from other Rush week trends.

TikTok’s #BamaRushTok shows the power of curious users and niche-specific content, while proving that music is evergreen and can achieve popularity at any point in time.

The University of Alabama is not the only campus with a large sorority and fraternity population on campus. Other schools will be starting their Rush Week soon, so we could expect to see another strong wave of content from the University of Georgia, Ole Miss or Florida State University.

Will this trend continue throughout the fall and re-emerge next year when sorority recruitment starts back up again? Or will it be a flash in the pan thanks to post-pandemic excitement to be back at school? Only time will tell.

Until then, keep your jewelry “normal” and your dresses from The Pants Store!

Concepts Discussed
Trend
TikTok
Fashion
Aesthetic
Creator
Thank you! Your submission has been received!
Oops! Something went wrong while submitting the form.