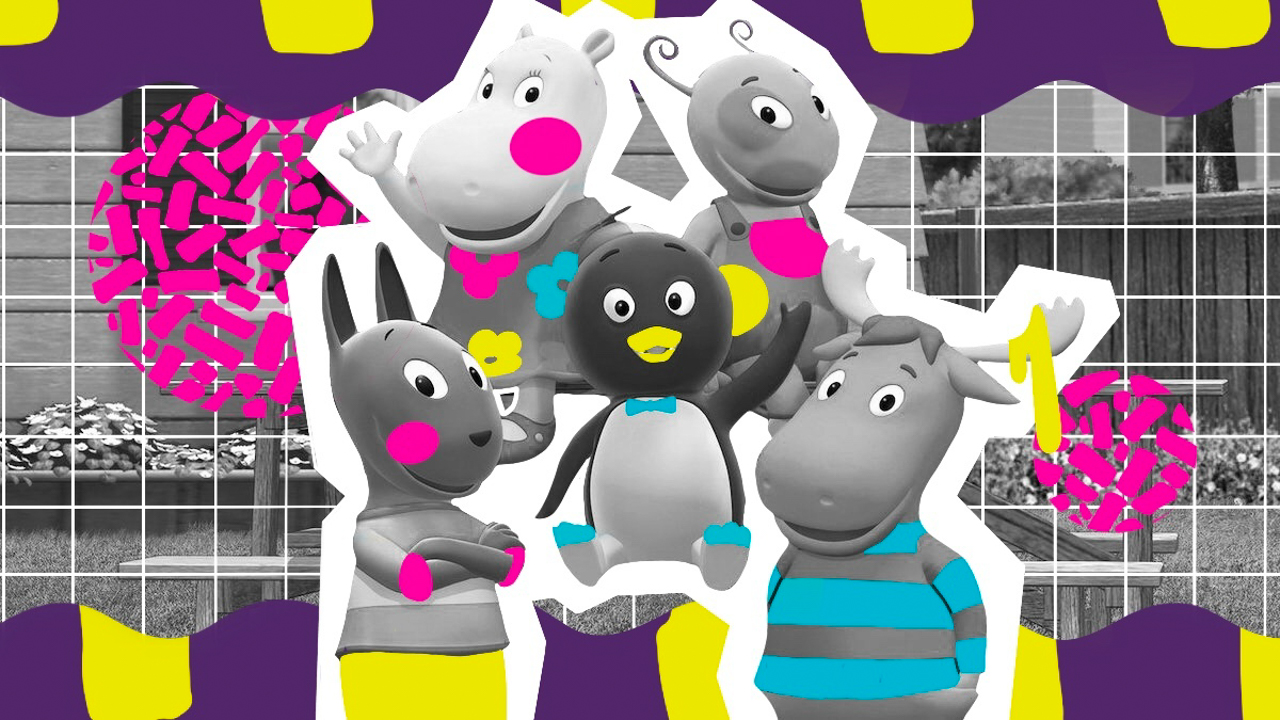 The Backyardigans are the Latest Audio Meme Trend on TikTok

The Backyardigans are truly having their moment on TikTok.

f you’ve been on TikTok at all over the past few months you may have heard the song “Castaways,” or “Into the Thick Of It!”. Maybe you’ve even heard “International Super Spy.” If you can’t seem to get any of these (or their remixes) out of our head, you’re not alone. Millions have used these sounds in their TikTok videos and although the song “Castaways” came out in 2005, it's now on Spotify’s top charts in 2021.

Chances are your followers are using these sounds in their own content and are seeing their favorite creators use them too. For brands and marketers, attaching these trending audios and trends to your brand can help build a stronger connection and level of relatability with your audience. So, let’s get into the thick of it:

Who are The Backyardigans?

The Backyardigans is an animated series that aired on Nickelodeon back in 2004. In each episode, the five animal neighbors, Uniqua, Pablo, Tyrone, Tasha, and Austin, would gather in their backyard and imagine going on epic adventures. Sometimes they would time travel, take a trip across the world, or use superpowers. Each adventure was accompanied by theatrical bangers, where the five neighbors would sing and dance. As a kid, I remember faking sick to stay home and watch The Backyardigans, only to magically get better when performing the theme song to my mom. Fast forward 15 years, and my For You Page has teleported me back in time––much like an episode of The Backyardigans.

“Castaways” was the first Backyardigans track to go viral on TikTok. This song debuted in Season 1, Episode 11 where the five neighbors found themselves stranded on an imaginary deserted island, singing the lyrics “stuck where we are with no house, no car.” The characters are stuck on their own, much like we all were during the lockdowns and quarantine. That similarity resonated with us all, inspiring millions of people who have never even heard of the show to use this audio in dances, skits, challenges, makeup transformations, remixes and more.

Just when “Castaways” started losing steam, we were introduced to another Backyardigans single: “Into The Thick Of It!”. This track originated from an episode where the squad was navigating through an imaginary jungle. Are you heading in a general direction but you don’t see a clear path out? Sounds like another life lesson!

We’ve even seen brands using “Into The Thick Of It!” in their videos, including Nickelodeon. This follows a similar pattern of brands hopping onto an organic sound that ties into their brand and seamlessly joining the trend, like this moment from Adult Swim. The virality of these songs also inspired parodies to the same tune, including “Sick Of It” where creators shared relatable moments of losing it at work, in a relationship, etc.

Because TikTok trends move quickly, it may be too late for your brand to jump on “Castaways” or “Into The Thick Of It!” Have no fear! There’s one more Backyardigans audio that is still relevant to use in your video content. Introducing “International Super Spy,” a sound that people are using to reveal unexpected secrets that you wouldn’t know about them from just scrolling through TikTok.

My favorite by far is this one where the creator reveals he is actually the original voice for Pablo, the penguin singing this song! This sound can be used by brands to reveal a secret about their product or its packaging, as seen with Starface. The Backyardigans are having their moment on TikTok with only three songs, but there are 19 on the first album alone so once “International Super Spy” leaves our feeds, I expect more childhood bops to flood our FYPs.

What does this mean for marketers?

What is fascinating about the virality of these songs both on and off of TikTok is that they don’t really fit in with the style of music we see trending on top charts these days. I mean, these songs do slap in my opinion, but they’re no “Levitating” by Dua Lipa or “RAPSTAR” by Polo G. So how did these songs go from a kid’s show to TikTok, to my car stereo on repeat? They are earworms, a gross sounding word that describes when a melody or song keeps repeating in one’s mind. These three Backyardigans songs remind me of last summer’s unexpected earworm, mi pan su su sum. Millions of TikTokers used the audio in their videos in dances, tutorials, and sketches but a lesser known fact is that this song actually originates from a 2010 Kellogg's advertisement for Russian Miel Pops. The obscure song took on a life of its own, detached from its original context, and that same notion is being seen with The Backyardigans and countless other audios on TikTok.

TikTok is truly the ruler of the music charts. Obscure sounds can go viral on TikTok, so don’t be afraid to go wild with a branded song. If wacky sounds don’t fit your brand, another approach is to match the energy of popular trending music. This is shown with a branded song that went viral on TikTok and had listeners bumping the tune outside of the app called Eyes. Lips. Face, originally commissioned for e.l.f. Cosmetics.

If you’re not looking to create your own branded song but rather use already existing audio in your branded videos, attaching trending audio such as The Backyardigans is a smart move. Don’t be afraid to experiment with obscure audio on TikTok, especially when millions of users are already hopping on these trends!