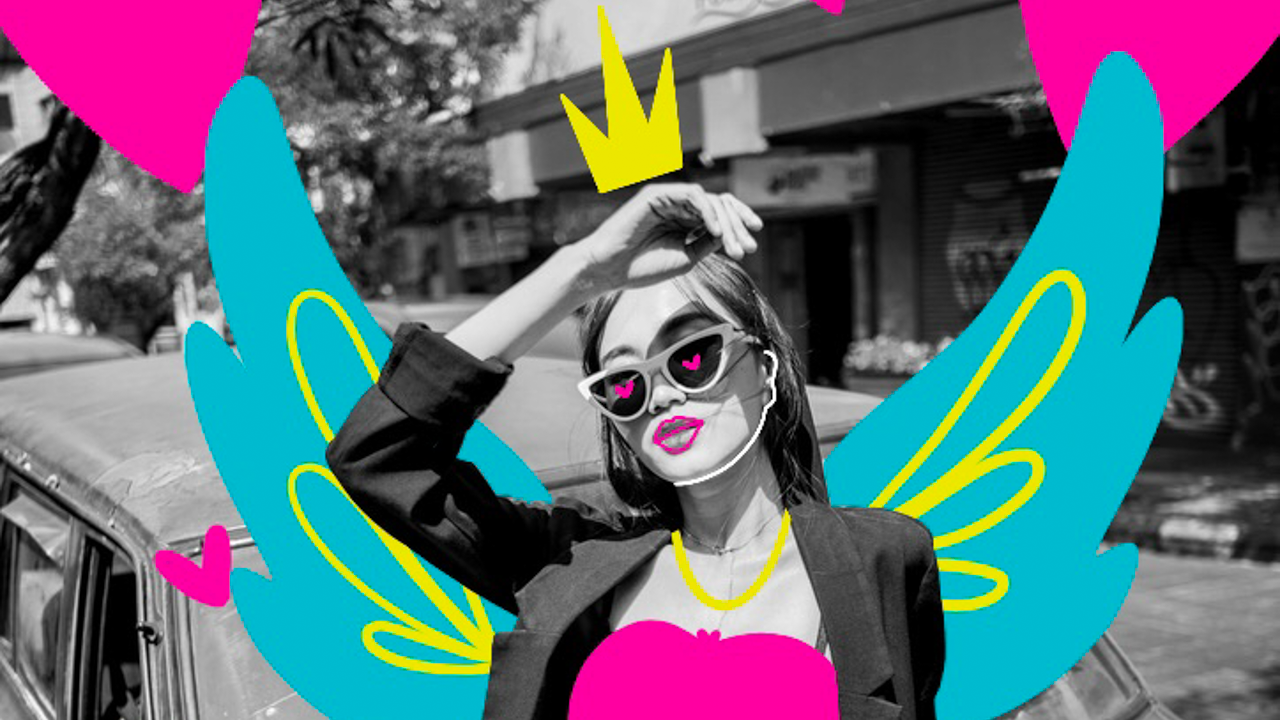 Understanding the key differences between TikTok influencers and Instagram influencers is knowing why one type of influencer wants to maintain a certain aesthetic while the other wants to create a trending WAP dance.

n 2021, it’s a well-known fact that using influencers is the number one way to reach younger generations. In fact, you probably have already done campaigns with several Instagram influencers. But, with the rapidly rising popularity of TikTok influencers (especially among Generation Z), you may be wondering who exactly these influencers are and what sets them apart from their Instagram counterparts.

Understanding the key differences between TikTok influencers and Instagram influencers is knowing why one type of influencer wants to maintain a certain aesthetic while the other wants to create a trending WAP dance.

Instagram and TikTok share many similarities such as both platform’s video editing capabilities (especially with Instagram’s new Reels.) But to assume TikTok and Instagram are used for the same purposes could be your brand’s fatal flaw. Unless you want to risk getting roasted by Gen Z and the Millennials, you’ll need to become increasingly familiar (and comfortable) with the differences between the two platforms.

Our Complete Guide to TikTok Marketing is a great place to get started.

But — let’s get back to talking about influencers.

Here are five key differences between TikTok influencers and Instagram influencers that marketers need to know so you can see better conversion rates and higher ROI on your campaigns.

Instagram was launched in 2012 as a photo-sharing site and is the leading platform for influencer marketing. While it’s since evolved into a multi-dimensional platform where users can create and share photographs and short and long-form video content through Stories, Reels, and IGTV, it remains a platform deeply rooted in creating and maintaining a certain aesthetic.

Instagram influencers largely stick to their certain aesthetic and many promote more idealistic lifestyles ranging from high fashion and home design to travel and food.

This starkly compares to TikTok influencers who mainly share lip-syncing, comedy, tutorial, or dance videos. These influencers also invite their viewers to copy or participate in those same trends and post their own content, creating a never-ending stream of videos long after the influencer campaign is over. These posts are more engaging for younger audiences and tap into Gen Z’s desire to become influencers themselves.

Watching someone older trying to be trendy can be painfully uncomfortable, so it’s no wonder that influencers tend to appeal to audiences that are within the demographic as them.

Instagram influencers tend to be older than your average TikTok influencer and appeal to the platform’s large Millennial user base. There are also more women on Instagram compared to men, and female influencers between the ages of 18 and 34 make up over half of all influencer interactions on Instagram.

Reflecting Millennials' spending power (42% of people in the U.S. who make more than $75K use Insta) and interests, the top three industries working with Instagram influencers are luxury brands, sports clothing, and beauty products (think Tiffany & Co. and Kendall Jenner or Nike with Cristiano Ronaldo.)

Conversely, TikTok influencers are younger and largely appeal to the Gen Z audience (and its members 8-second attention spans) through capitalizing on popular dance trends, audio clips, and age-specific humor. Marketers should partner with TikTok influencers who can produce native content that resonates with a target audience while also promoting their brand. These partnerships take the form of challenges, dances, or videos that show off users’ talent and are often accompanied by branded hashtags.

Take Chipotle, for example. In 2019, the brand launched a series of TikTok challenges using the hashtags #ChipotleLidFlip and #GuacDance. The latter campaign, which partnered with TikTok influencers Brent Rivera and Loren Gray, had users post videos dancing to a children’s song about guacamole and saw over 250,000 video submissions within the six-day campaign window. Both campaigns proved highly successful in driving engagement and sales, and the company later reported that its digital sales were up 99% from the previous year.

Many of the most popular Instagram influencers were already famous before they became go-to influencers on the social media platform. Whether they were singers like Shawn Mendez, actresses like Selena Gomez, or reality TV stars like Kylie Jenner, Instagram influencers use their pre-established popularity to attract followers and build trust among their audiences.

Although, the rise of micro-influencers on Instagram is something we’ve definitely been keeping on our radar. These influencers don’t have millions or even hundreds of thousands of followers (any number between 1,000-100,000 is the sweet spot), but they’re seen as more trustworthy by Gen Z. The youngest generation is also more likely to follow and trust influencers they could see themselves hanging out with.

On the other hand, TikTok is a talent incubator itself, skyrocketing young creators into fame overnight. TikTok’s wide array of content — ranging from dancing, singing, lip-syncing, fashion, job advice, comedy, and travel videos — caters to audiences who want to watch it and want to be informed.

TikTok influencers represent many niche areas and finding one that aligns with your brand’s mission will help establish a sense of authenticity, transparency, and awareness among your target audience. TikTok influencers are also seen as more relatable which helps Gen Z users connect and trust them when they do partner with brands.

It’s not uncommon to be scrolling through your Insta feed and see the #sponsored or #ad hashtags under your favorite influencer’s latest posts. In 2019, the number of posts with either of those hashtags totaled over 15 million. Instagram influencers largely work with companies through posting content that features them posing with the product in photographs or videos, a caption mentioning the brand by name, and photo tags.

Brands can then turn around and turn those influencer-generated posts into branded content ads that can appear on your Insta feed with a sponsored tag at the top of the post.

TikTok influencers are known for harnessing their creativity as content creators and launching native campaigns. These campaigns take the form of starting TikTok challenges, creating dances or videos featuring new songs, incorporating products into trend videos, or posting original content that matches the humor or style of their account.

For brands that have a large and loyal audience, using branded content can be a great decision as it uses many of the elements appealing to young consumers while tying the content directly to their own social media pages.

Dove, the personal care brand that is known for promoting inclusivity in beauty, has seen massive success in launching branded campaigns that feature user-generated and influencer content.

A while back, the brand posted photos of Black women around the world with the caption “Our Natural Hair is Beautiful” in multiple languages in support of World Afro Day. It also reposted body-positivity centered content from one of its influencers, Kelly Augustine, and encouraged followers to post their own self-love letters in the comments below. Both Dove’s posts served to underscore the same message surrounding natural beauty for Black women while also being highly authentic.

However, recent studies have shown that brand loyalty is decreasing among Gen Z, so branded content usually performs best among Millennial audiences. Instead, marketers should use native marketing strategies to reach the youngest generation.

Understanding the ways in which each platform uses branded and native content will help you narrow down your search for the right influencer and aid you in crafting the right campaign that will resonate with the platform’s audience.

Influencers are successful because they know their audience and understand how to effectively communicate with them. A large share of Instagram’s users live in the United States and so many influencer marketing campaigns often focus on targeting this national demographic.

On the other hand, TikTok, currently owned by Chinese company ByteDance, is accessible to a wider audience. In April 2020, the app surpassed 2 billion downloads and is available in 150 markets and 75 languages.

i can’t decide who i like better ib @michaila.c

Finding the right influencer for your brand is like trying to decide which Netflix docuseries you want to start next. With thousands of influencers across Instagram and TikTok, narrowing down your search for the best influencer to partner with can seem impossible.

But, understanding the differences between influencers on both platforms will ultimately help you partner with influencers who know how to speak to your target audience, are up to date on the latest trends, and can appeal to their interests.

So, what does this mean for you and your brand?

On the other hand, if your brand wants to appeal to Gen Z on a global scale, then TikTok is the clear winner.

With the app’s popular challenges, audio clips, trending dances, and comedic videos, TikTok influencers know that it’s not enough to just show off a brand or lifestyle but to invite their followers to participate and create with them. By partnering with TikTok influencers, your brand can tap into Gen Z’s search for authenticity and transparency while also seeing your branded hashtags and challenges take on a life of their own.