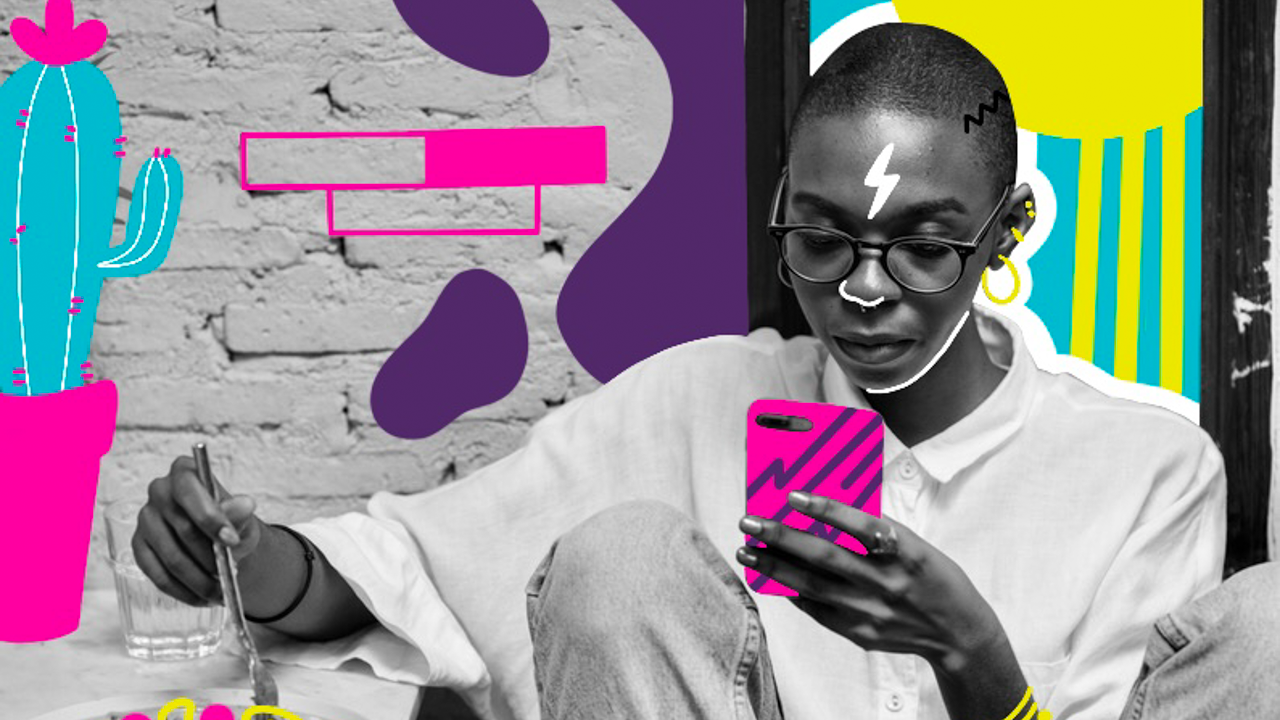 The Rise of Celebrity and Influencer-Inspired Meals

McDonald's hit a gold mine when it partnered with Travis Scott. Here's how it started a trend in the restaurant industry and who's already hopped on board

or many years, fast-food restaurants have relied on toys and other types of perk awards to appeal to young customers and their families.

At McDonald’s, the fast-food chain has seen success through Happy Meal toys which change monthly depending on trends and pop culture. For a short time, GameCubes also made an appearance in select locations. Recently, the famous chain rocked the marketing boat when it announced a partnership with rapper Travis Scott. The partnership led to a 4.6% quarterly increase in sales for McDonald’s and a reported $20 million payday for Scott.

Now, fast-food restaurants and other food and beverage companies are looking to target younger generations who may be a little more health-conscious and less inclined to spend their money at McDonald’s, for example, by partnering with some of their favorite celebrities and influencers.

This trend article will go over the most popular food collabs we’ve seen this past year and what has made them so successful.

We previously wrote about how Travis Scott embodies a new type of celebrity. His massive influence permeates the tech, gaming, and fashion spheres, and has been one of corporate America’s keys to reaching younger generations. One of those notable collaborations was his partnership with McDonald’s which saw the launch of his $6 meal — a medium sprite, a quarter pounder with cheese, and french fries with barbecue dipping sauce.

Not only was this celebrity-inspired meal the first since Michael Jordan in 1992, but it saw such high demand that McDonald’s ran out of ingredients.

Scott then used that partnership to release McDonald’s-inspired Cactus Jack merchandise including a nugget shaped body pillow, a hoodie, and a basketball jersey that quickly sold out.

Following the success of the Travis Scott meal, McDonald’s reached out to Columbian reggaeton singer J Balvin for its next collaboration.

The launch of the J Balvin Meal — a Big Mac without pickles, fries with ketchup, and an Oreo McFlurry — was announced a day after the Travis Scott meal ended. Those who ordered through the app were also eligible to win a set of 14K, McDonald-s inspired chains identical to the ones J Balvin wore during the promotional video.

💎💎 FINAL @jbalvin CHAIN SET ON EARTH 💎💎 and these 14K gold chains could be yours if you order his meal on our App this week. #JBalvinMeal

To close out the year, McDonald’s took a decidedly holiday spin on its branded meals, featuring the likes of Buddy the Elf (from “Elf,”) the Grinch, “Die Hard’s” John McClane, Rudolph, Gizmo, and the jolly man himself, Santa. Through the app, McDonald’s celebrity meals were free with the purchase of an additional item of $1 or more and ran from Dec. 14 to Dec. 24.

These activations tapped into both a sense of nostalgia and the widespread joyful spirit of the holiday season. They also opened the door for branded meals featuring fictional characters — something we’ll be keeping an eye on over the next few months.

While McDonald’s received national attention for its partnership with Travis Scott and J Balvin, Chipotle was first to the celeb-named meal, launching the Tony Hawk Burrito back in August.

Made with the pro skateboarder’s favorite ingredients — brown rice, black beans, chicken, tomatillo-red chili salsa, cheese, and guacamole — the campaign also coincided with the release of the skateboarding video game, Tony Hawk’s Pro Skater 1 and 2 Warehouse Demo. The first 2,000 people who ordered the special meal via the app gained access to the game, available on PlayStation 4, Xbox One, and PC.

Chipotle also hopped on the “If Miley Comments, I’ll Do Something” TikTok trend and dared the singer to comment on its post. Lo and behold, she stepped up to the challenge and Chipotle launched another celebrity-branded meal in her honor.

The “Guac Is Extra But So Is Miley Burrito” is filled with white rice, black beans, fajita veggies, roasted chili-corn salsa, tomatillo-red chili salsa, romaine lettuce, and, of course, guacamole. This cleverly-worded meal leaned into Gen Z slang, while also being upfront about the fact that guacamole is an extra charge.

For two weeks in January, a portion of the sales went to benefit the Shawn Mendes Foundation which seeks to empower youth to take action and give back to the causes they’re passionate about.

This meal, in particular, taps into an audience that other branded meals haven’t been able to: the fitness and wellness community. Thanks to its substitution of Chipotle’s new cilantro-lime cauliflower rice, and without some of the heavier carb ingredients such as cheese and sour cream, this bowl is especially appealing to those who follow the keto diet trend.

A Wendy’s Meal of (Twitch) Champions

Speaking of hopping on trends and influencer marketing, Wendy’s partnered with Uber Eats and Twitch to launch a successful activation that tapped into the loyal gamer market.

Collaborating with five of the top Twitch gamers — Tfue, Flight, itsHafu, xChocoBars, and Myth — Wendy’s created its “Never Stop Gaming” menu which featured a combination of the gamer’s favorite items.

Throughout the week, each of the streamers went live to promote their meal and played a game with Wendy’s mascot.

The menu was available exclusively through UberEats from Dec. 8-12 and each order came with a prize pass for a chance to win a plethora of prizes including UberEats gift cards, hoodies, and even a gaming console.

This selection of prizes was also part of the marketing strategy. By including prizes like Uber Eats gift cards, it would encourage users to order through the app again at a later date.

It isn’t just restaurants that are reaping the benefits of collaborating with influencers. Dunkin’ Donuts teamed up with TikTok influencer Charli D’Amelio to launch “The Charli”: a Dunkin’ cold brew with whole milk and three pumps of caramel swirl.

Along with the drink launching all across the US, the Charli x Dunkin’ contest gave fans the chance to be one of five people to virtually hang out with Charli. To enter, all fans had to do was post a photo of them recreating an iconic Charli moment using the hashtag #CharliXDunkinContest by September 19 (an ode to National Dance Day).

D’Amelio also took over Dunkin’s social channels in September and posted exclusive content, including a special AR Insta filter, stickers, the launch of an original song inspired by the drink.

Song is straight 🔥. Show us your moves to ‘The Charli’ while you drink ‘The Charli’- using #CharliRunsOnDunkin @charlidamelio #dunkin

As influencers begin to blur the lines between social star, actor, singer, and/or CEO, they’re able to continue to build upon their influence in various spheres, and brands that partner with them will only reap the rewards.

TikTok Teams up with Postmates to Launch Creator Meals

These meals saw popular TikTok food trends — cloudbread, whipped coffee, pancake cereal, and bento boxes — available to fans who wanted to eat like their favorite influencers. Postmates then worked with local restaurants such as Sweetfin and dialogue cafe to provide the specialized menu items.

This campaign was successful because it not only tapped into the popularity of TikTok culture, but it used the platform’s ability to organically grow an item to increase demand for the food items. It also played into Gen Zers’ aspirations to become influencers themselves by giving them the opportunity to eat the same foods as other influencers and share it on their channels.

As food and beverage companies see the power of celebrity or influencer-branded meals, more and more will look to partner with influencers in specific niches. Many of these collaborations also make the customer download and order through the app, increasing the likelihood they’ll order again in the future.

McDonald’s has even opened the floodgates for character-inspired meals, so the opportunities are truly endless (for example, imagine a line of Starbucks drinks inspired by each “Friends” character).

However, some have also seen these collaborations as potentially harmful. One nutritional counselor called out McDonald’s in particular for its endorsement of meals that don’t feature any of the healthier options on the menu.

This serves as an important reminder that these celebrities have a large influence and it rests on a brand’s shoulders to find a balance between monetization and looking out for the well-being of customers.

So, do we think celebrity and influencer meals are here to stay?

Absolutely — at least for a while. These partnerships are seeing massive success for both restaurants and celebrities. Food, something universal that ties us to memories, people, and places, has the power to speak to audiences in a way that few other products can. By tying celebrity or influencer names to certain meals, consumers can feel connected to them if they purchase the food or beverages and that is here to stay.

Concepts Discussed
Influencer Marketing
Brands
Celebrity
Trend
Thank you! Your submission has been received!
Oops! Something went wrong while submitting the form.