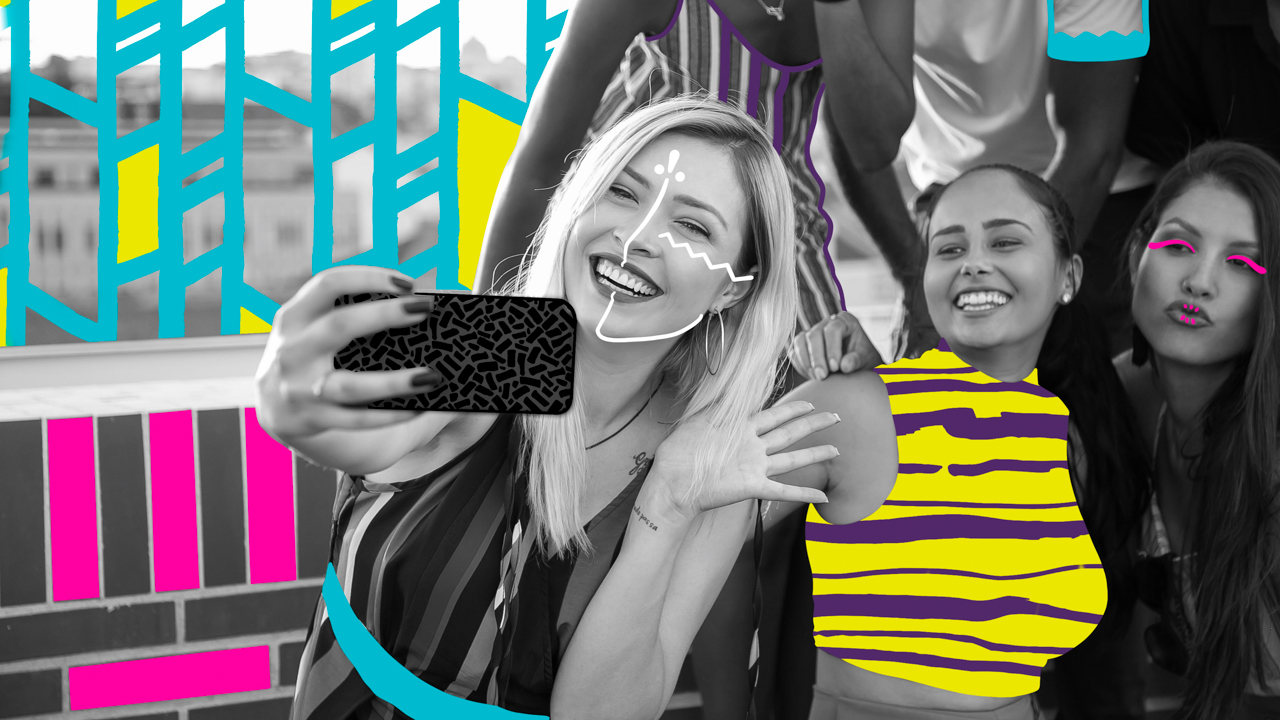 Filters are popular, but the blue and red effect is taking TikTok by storm.

alling all musical theatre kids past and present! You don’t need to purchase those colorful LED strip lights every TikTok influencer is pushing to take part in this new trend.

Just when we finally got the Hamilton soundtrack out of our heads, Lin-Manuel Miranda is back with more lyrical bops on our FYP. Based on his Broadway musical with Quiara Alegría Hudes, In The Heights, the film adaptation with the same name hit theatres, and for many of us with our friend’s HBO Max account, last month. The story follows a tight-knit community and bodega owner in Washington Heights, NY and their dreams of a better life. The official soundtrack boasts 17 bangers and the one I can’t get out of my head is “Blackout,” thanks to the blue and red effect found on TikTok.

What is the blue and red effect?

i know you guys were waiting on this one #genderfluid

Don’t have a partner to duet with? Not a problem. As shown above, creators are seamlessly switching between the male and female characters, Usnavi and Vanessa (voiced by Anthony Ramos and Melissa Barrera), and lipsyncing the duet on their own. The effect can be found in TikTok’s effect library and overlays makeup when the red side is activated and facial hair when the blue side is activated. Before we saw an effect that allowed creators to switch between roles, hint: you blink to switch between roles, creators had to resort to a DIY version to achieve the single-person duet in one take.

The blue and red effect is creating viral trends:

Just as this isn’t the only trend coming out of the In The Heights soundtrack, No Me Diga is being used as an audio where creators are spilling tea to their friends, this is not the only use we are seeing popularized with the blue and red effect.

Someone take this filter away from me

This effect is being used in other popular duets, such as Summer Nights from Grease and Gotta Go My Own Way from High School Musical. I’ve tried the effect myself and gave up, after an embarrassing number of failed attempts, but am blown away by how easy videos like this make it look. It is also worth noting that a common feeling being expressed while using this effect is gender dysphoria, which is a term that describes a “sense of unease a person may have because of a mismatch between their biological sex and their gender identity.”

The power of effects on TikTok:

The blue and red effect on TikTok has assisted in the virality of the single-person-duet trend, but this isn’t the first time we’ve seen an effect dominate a trend. At the end of last year, UPSAHL’s song “Drugs” went viral on TikTok largely due to the delayed effect. Other effects have been the reason certain trends have existed on TikTok. Take the time warp scan effect for example. Here, creators used any sound or storyline of their choosing and had the effect as the star of the trend. Honorable mentions go out to TikTok’s evergreen effects such as the green screen photo, green screen video, green screen eyes and mouth, and disco lights.

How can you hop on this trend?

While the average creator can’t yet publish their own effects on TikTok’s platform as you can with Instagram and Snapchat, TikTok consistently integrates new effects into their platform. I encourage you to play around with these effects to add excitement into your branded videos. The blue and red effect for example can be used to play multiple consumers having a conversation or sharing reviews about your product. Another application for this effect can be lip syncing to a duet that fits your brand voice. Using an effect can elevate a piece of content with little-to-no video editing skills needed.