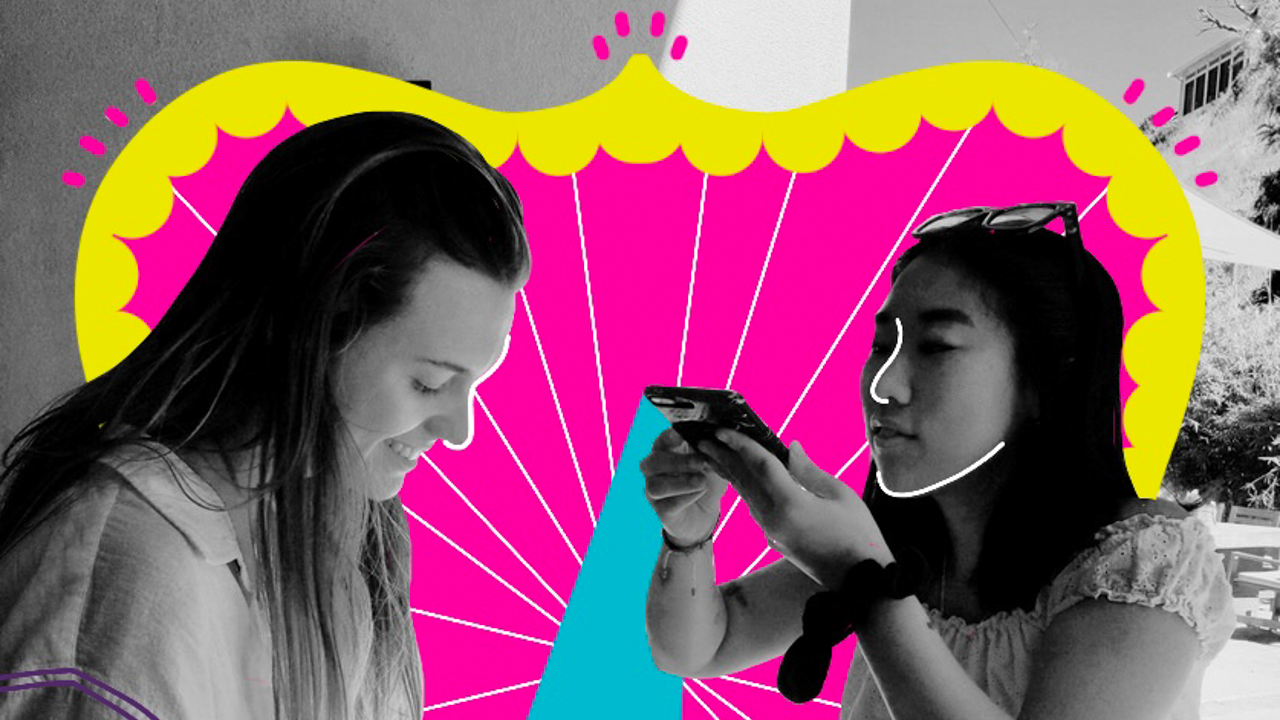 If your brand is trying to target a younger audience, it’s beneficial to have a presence on Snapchat.

y now, a lot of people can immediately recognize that little white ghost in a yellow box. If not, let us introduce you to Snapchat (and the 21st Century) ... Kidding! Jokes aside, Snapchat is a popular social media platform that allows users to send and receive photo messages. The app also offers users the ability to post and view stories of those they follow or Snapchat-suggested accounts found on the “For You” page. (While the app houses many other features, this is the main gist of Snapchat.)

Younger generations dominate Snapchat. Around 90% of Snapchat’s audience is 13-24 years old. This platform is so popular among younger generations that almost 80% of 18-24 year-olds that use the internet also have a Snapchat account.

Young Snapchatters have reported to open the app, on average, 30 times a day. It’s safe to say that Generation Z loves Snapchat, and statistics show the number of worldwide Snapchat users continue to increase from year-to-year.

Does Your Brand Need to Be On Snapchat?

If your brand is trying to target a younger audience, it’s beneficial to have a presence on Snapchat. The sheer number of young people using the app is enough to catch any brand’s attention, especially when Gen Z’s current buying power is at a whopping $143 billion. Even if you think your brand doesn’t have a target audience worth reaching through Snapchat, you should think again.

As stated before, Snapchat’s user-count is increasing every year, and the app continues to create features that are nothing short of cutting-edge. Sure, your brand can have a presence on Snapchat by simply creating a brand account and posting stories to it, however, there are many additional, innovative ways to go about Snapchat marketing due to Snapchat’s many innovative features.

Innovative Features Your Brand Can Use

Below you can find some unique ways your brand can use Snapchat now and in the future. (Trust us, your brand will want to hop on these developing features as soon as they’re released!)

Snapchat definitely proved it was ahead of its time when it came out with augmented reality, a world-altering technology other companies never dreamed would happen until years in the future.

Snaphat has made AR commonplace with nearly 75% of all Snapchatters using AR lenses everyday.  AR lenses allow users to casually turn their faces into animals and odd shapes. AR on Snapchat doesn’t stop with making adjustments to faces, users can turn their camera towards the world and alter it virtually, too.

Brands have taken advantage of these features by creating their own AR lenses. Some of the most successful branded AR lenses to date come from brands such as Gatorade, L’Oreal and Taco Bell.

Snapchat’s partnership with the tech company Wannaby to create AR lenses allows users to virtually try on different brand’s clothes, shoes, and accessories. Are you listening, fashion brands? The luxury fashion brand, Gucci, already dropped an AR lens that allows users to try on their shoes. Scan the code in Snapchat to try it for yourself!

Landmarkers is an AR feature coming soon to Snapchat, and - prepare yourself - it’s going to be awesome.

While we are still trying to wrap our minds around this feature ourselves, the gist of the feature is to allow for the creation of geography and infrastructure-specific lenses to be played out in the real-world. Think: the Statue of Liberty doing the renegade. (Okay, maybe not —but how fun would that be?!) With a Snapchat account, brands will be able to co-collaborate with other users to change the world around them.

Watch the video below (from Snapchat’s reveal of Landmarkers in June) to get a better grasp of the concept.

Videos on the Discover Tab

Currently, the Discover Tab houses a collection of videos that closely mirrors cable TV. Different channels are available to be watched on the page, such as the user-submitted series, “Oddly Satisfying,” and drama, reality series, “Second Chance.”

Snapchatters are able to subscribe to story series that they want to follow, watch live streams, and submit their own content to be featured on other Snapchat’s featured stories.

Brands can create their own story series to be featured on the Discover page. Note: Most brands that are featured on this page are established publishing and entertainment brands. But don’t let that stop you. Shoot for the stars!

Geo-filters are filters on Snapchat that appear whenever the user is within a certain geographic area. Users and brands can create and submit their geo-filters to Snapchat for review. Once approved, geo-filters cost as little as $5 and are released to all Snapchat users within the area.

Companies can create themed or branded filters to promote their brand in innovative ways. These not boost awareness of a brand in a specific area but increase the visibility of your brand among target audiences.

Coming soon to Snapchat are Minis. Minis are miniature, third-party apps that will be housed inside Snapchat. Minis will allow users to buy movie tickets, practice guided meditation and study flashcards — all within Snapchat. And get this: CEO of Snapchat, Evan Spiegel, stated that Minis will usher in a shareable e-commerce experience, allowing Snapchat friends to shop online together.

While much is up in the air when it comes to Minis, it’s obvious that brands have some serious potential to reach millions of users through this e-commerce add-in.

While SnapMap has been a feature for a few years now on Snapchat, Spiegel announced that local businesses will be included in the newer version. This updated SnapMap will allow users to identify which local places are the most popular amongst their other Snapchat friends. As well, Spiegel said he hopes that Snapchat will soon be able to suggest specific locations and businesses based on user activity and preferences.

This news is super exciting for businesses, especially small, local businesses who shied away from Snapchat because they did not have huge advertising budgets. With SnapMap, their businesses will literally be “put on the map” and receive more brand recognition.

A camera that is able to identify plants and animals is also in-the-works at Snapchat. The smart camera will be able to tell what breed of dog is with you at the dog park or what type of plant popped up in your garden. The camera is also able to tell users the nutrition facts of food and drinks. A great way to interact with younger users if you are a food or beverage brand.

While this feature may not directly relate to all brand’s marketing strategies, it still allows for innovative content creation that will be sure to wow viewers when it’s released.

To help influencers who use the app, Snapchat rolled out creator profiles in September. These specialized accounts give creators special tools to track engagement and metrics on their posts. Later, Snap started displaying follower counts on these creator profiles in response to feedback from the creator community.

This shift toward making the app more desirable for influencers means that brands can tap into influencer marketing on the platform. Even knowing a creator's subscriber count is helpful in choosing the right one for your brand.

To compete with TikTok, Snapchat launched Spotlight: a feed where users can scroll through short-form video content appropriate for a 13+ audience.

Creators now have the option to use Snap’s music library, include #topic hashtags, and use lenses or GIFs. Snapchat will then use data to create personalized algorithms for each user to create a curated stream of videos (similar to TikTok’s For You page). The platform will also be giving away over $1 million USD to top Snaps on Spotlight to incentivize popular and new creators aged 16 and up.

With the future of TikTok hanging in the balance, Snapchat is joining the list of growing competitor’s looking to reap the benefits of a young and highly engaged audience looking for short-form video content.

Spotlight is an incredible tool for your brand. You can use Spotlight to create a wide range of enjoyable content to promote your products or services. Alternatively, you can collaborate with an influencer. Honestly, you can’t go wrong with either option.

Snapchat is creating innovative technology left and right, and it is definitely a platform worth exploring and utilizing in your brand’s marketing tactics. Remember to keep up with newly-released Snapchat features. Hopping on them early will prove extremely beneficial to your brand.

Concepts Discussed
Snapchat
Augmented Reality
Brands
Photo
Thank you! Your submission has been received!
Oops! Something went wrong while submitting the form.