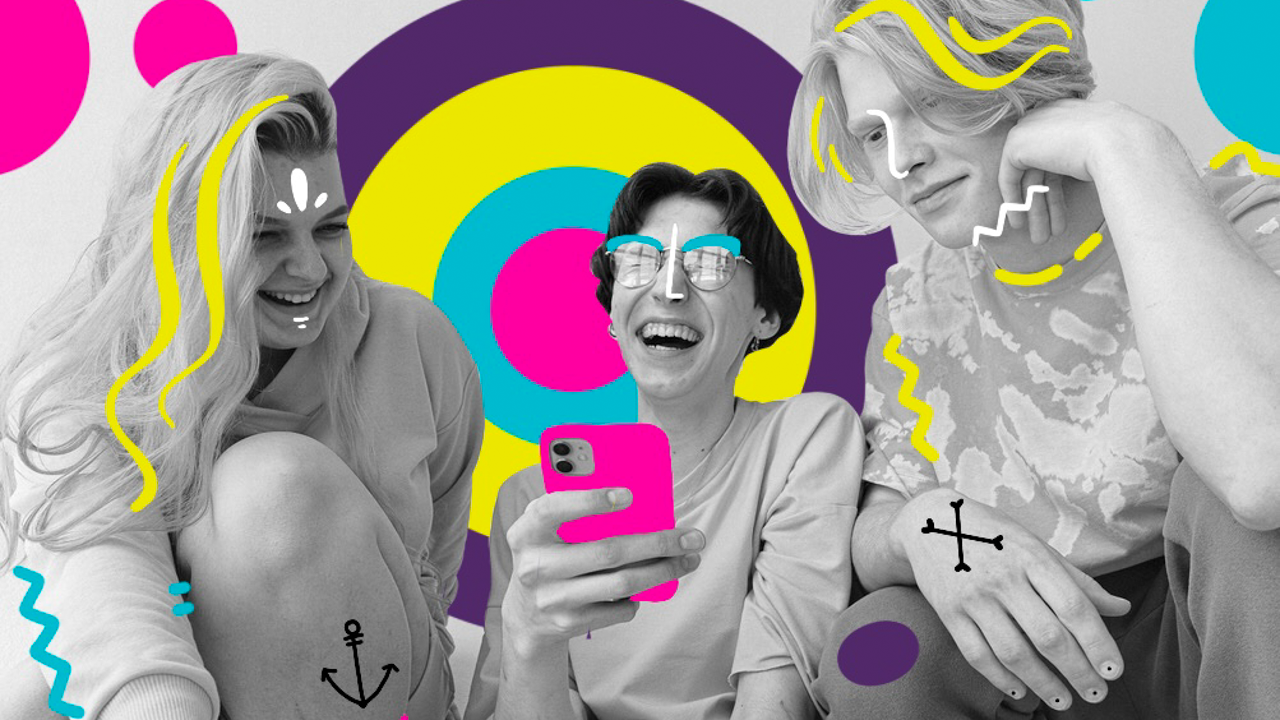 What is Brat TV?

Brat TV may be Gen Z's Disney Channel or Nickelodeon — it certainly carries the same kind of influence. Here's all you need to know.

isney Channel’s younger and influencer-obsessed sibling is here and its name is Brat TV.

Brat TV is a digital media network that was established in 2017. It’s known for its many original YouTube series that focus on themes such as friendship, romance, and rivalry and often feature Gen Z influencers. However, due to its popularity, Brat TV has since expanded into creating Snapchat and IGTV content and recently signed a deal with MGM TV to create new content for its streaming services.

The network was created by Darren Lachtman and Rob Fishman who saw an opening in the market for free, short-form, and high-quality video series aimed at entertaining Gen Z. The duo, who previously worked together at the influencer-marketing upstart, Niche, drew inspiration for the network’s name from the iconic 80s Brat Pack.

This article will give a quick overview of Brat TV and its shows, who’s watching its content, and how marketers can get involved.

With a 10,000-square-foot Hollywood Studio and an initial team of around 30 full-time employees, Lachtman and Fishman launched a network that’s transforming the way Gen Z consume scripted series and other entertainment content.

Brat TV is currently producing eight shows whose episodes range between 6 and 25 minutes long and are posted on YouTube at 3 p.m. every day. The network also boasts an impressive list of 17 former shows that include talk shows, reality series, sketch comedies, and scripted shows.

This section will break down three of the network’s most popular shows so you can get a taste of the type of content Brat TV produces.

Brat TV’s flagship series, “Chicken Girls” first aired in September 2017 and enlisted the talent of Annie LeBlanc, a YouTuber with over 3.9 million subscribers, to play the lead role of Rhyme. The show revolves around a group of pre-teen friends who have a dance group known as the Chicken Girls and explores themes such as friendship, rivalry, romance, and bullying.

The show was a breakout success and the premiere episode currently has over 16 million views. “Chicken Girls” is currently in its seventh season with a whole new cast starring LeBlanc’s younger sister, Hayley, in the lead role.

Airing last May, “Attaway General” stars Dixie D’Amelio as Georgia, one of four teenagers who secure a volunteer spot at the local hospital. Dixie, along with her sister, Charli, are two of TikTok’s biggest stars and have a collective total of over 130 million followers.

The high school-geared medical procedural premiered in May 2020 and the first episode has 7 million views.

In an attempt to capture a larger male audience, Brat TV premiered DIRT in 2018. The series follows high schooler Luke Dungey and his family as they navigate the world of motocross. Exploring themes such as parental loss, addiction, romance, and rivalry, DIRT starred Taylor Holder and Lilia Buckingham.

The series premiere has more than 4.3 million views, and DIRT lasted for two seasons with a total of 21 episodes.

Brat also launched two other YouTube channels where users can see some of their favorite stars in other mediums. These two new owned media accounts see hundreds of thousands of views and keep the network’s audience tuning into content outside of the main shows.

B-Sides was created in February 2020 and features original songs by Brat TV stars, as well as covers of popular songs. Artists featured on the channel include Nia Sioux, who stars in Brat TV’s “Sunnyside Up,” and Brooke Butler, who is an original cast member of “Chicken Girls.”

Yearbook was also established in February 2020 and features Brat stars in complimentary videos such as in interviews and recaps. The different series include Best Day Ever, Chemistry, Dear Diary, Meet My Pet, Sip or Spill, and Tuesday Tea. These shows invite users to get a behind-the-scenes look at their favorite stars and the platform creates a stronger sense of connection with the influencers and shows, as well.

Take this “Sip or Spill” video with Dixie D’Amelio that has over 800K views. By inviting users to submit questions to D’Amelio about the Hype House (a massive mansion where some of TikTok’s biggest stars live), this creates a sense of connection between the popular teen and her Gen Z followers while driving traffic to the site and show.

The Brat TV Network has also produced four films that range between 40 minutes and an hour long. The films, “Chicken Girls: The Movie,” “Spring Breakaway,” “Brat Holiday Spectacular,” and “Intern-in-Chief” feature many of the network's most well-known stars and have a total of over 45 million views.

For example, Brat TV has a show on Snapchat that users can subscribe to called “Past Your Bedtime” where they can catch up on the latest pop culture news for Gen Z.

Brat TV’s shows largely appeal to Gen Z audiences through its content and casting decisions. The show’s stars — such as Annie LeBlanc, Francesca Capaldi, and, most recently, Dixie D’Amelio — are also well known by the generation as influencers and bring with them their own dedicated fans.

Brat TV has seen massive success because it meets Gen Z on YouTube, the generation’s second most-visited social media platform. This approach is clearly working as well, with Brat TV ranking #357 out of YouTube’s 98,000 channels in the entertainment category, according to Tubular Labs data.

How Can Marketers Get Involved and What Can They Learn?

While co-founders Lachtman and Fishman were more concerned with building the network’s owned media than making money, Brat TV has since partnered with brands such as Extra gum, Adidas, Subway, and even Netflix for traditional marketing spots and in-show product placements.

Brat TV is also one of a small percentage of YouTube channels that controls which ads get played when users watch their content, so brands can rest confident in the fact that their name will get in front of the right audience.

The network also has its own in-house advertising team that creates custom ads that feature some of its own stars. For example, Annie LeBlanc appeared in an Extra Gum ad at the beginning of the season six premiere of “Chicken Girls.” The 70-second ad plays at the start of the episode which currently has over 5 million views.

Marketers should also look to Brat TV to understand the ways in which the network is transforming the television industry. Gone are the days that teens rush home every day from school to turn on the TV and watch their favorite shows. Instead, they have 24/7 access to smartphones which host a dizzying array of content across apps, streaming services, and social media platforms.

By creating free, high-quality content that already features some of the influencers Gen Zers are familiar with, and using one of Gen Z’s favorite platforms, Brat TV is gaining, and keeping their attention. This means that advertisers can trust that their brand is getting in front of

The network has also created branded content ranging from makeup to a book series for Gen Z to spend some of its estimated $143 billion in buying power on.

Brat TV is borrowing a lot of pages out of the content creation and marketing books of years past, however, it’s also creating history as it continues to build a media network that is successfully capturing the attention of Gen Z.

Marketers should consider partnering with Brat TV and leveraging its many wildly successful owned properties in order to get their brand’s name in front of a captive and loyal Gen Z audience. Whether it's a product placement or an advertisement featuring some of the shows’ stars themselves that seamlessly blend into the episode, brands have multiple options on getting their name in front of their target audiences.

By creating series that touch on important topics and casting some of Gen Z’s favorite influencers, Brat TV is showing that a new model for entertaining Gen Z has arrived and the network is the one leading the charge.

Concepts Discussed
Gen Z
YouTube
Video
Thank you! Your submission has been received!
Oops! Something went wrong while submitting the form.