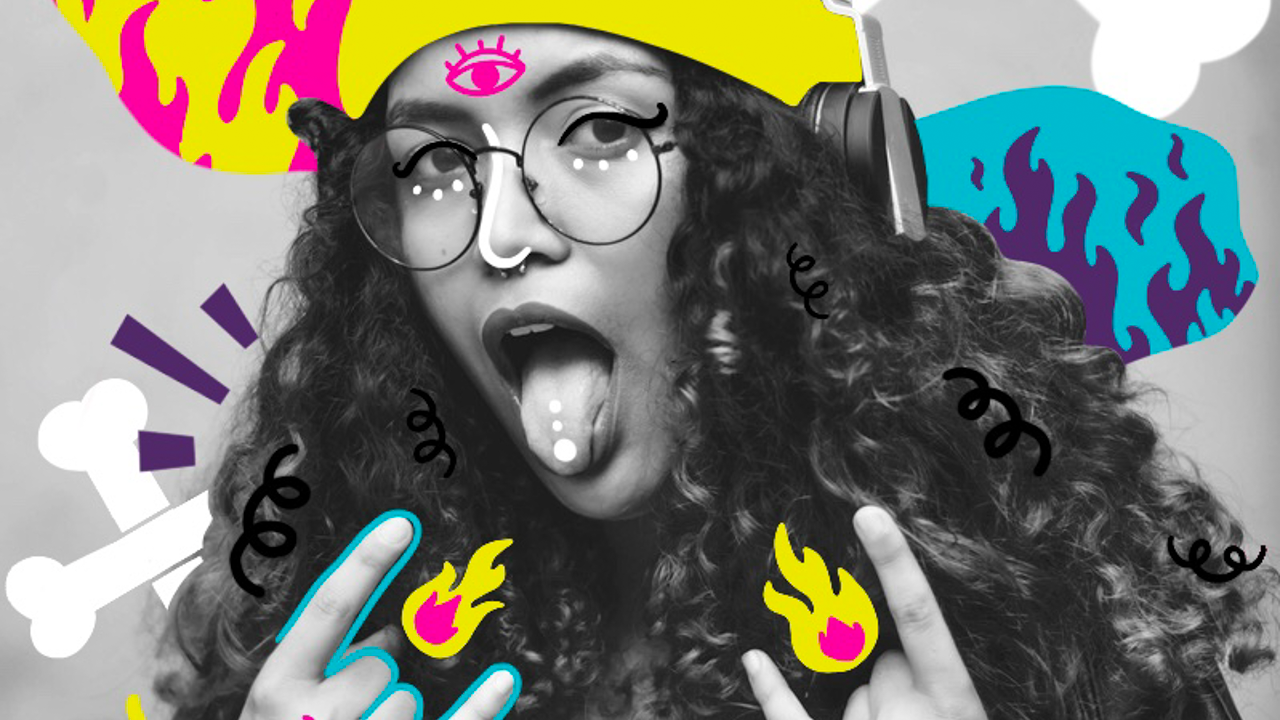 The invite-only, audio chat app saw explosive growth in its first year and is valued at $1 billion.

lon Musk is known for breaking boundaries. So, it comes as no surprise that he broke Clubhouse’s viewer limits during a stream in early February. More than 5,000 people tuned into Clubhouse to hear the founder of SpaceX and Tesla talk about space travel, cryptocurrency, AI, and COVID-19 vaccines, among other topics. The conversation took a turn unexpected when the CEO of Robinhood, Vlad Tenev, was brought into the conversation.

Thousands of others who weren’t able to score an invitation tuned into YouTube and separate Clubhouse rooms — proving to skeptics that the platform can thrive in an inundated social media landscape.

But if you’re a bit lost, we’ll back up a bit. This article will cover what Clubhouse is, who’s using it, and how marketers can take advantage of the platform to expand their brand’s reach.

While the names Paul Davidson and Rohan Seth may not be household names, they’re certainly well-known among Silicon Valley. The two met back in 2011 and kept in touch over the years before banding together to create Clubhouse. The platform, according to a blog post, was created to be “a social experience that felt more human — where instead of posting, you could gather with other people and talk … where you could close the app at the end of the session feeling better than you did when you opened it because you had deepened friendships, met new people, and learned.”

Clubhouse’s March 2020 launch coincided with the United States’ lockdown measures in response to the coronavirus pandemic, and it quickly became a way for people to connect with others around the world in audio rooms — but only a select few.

Referred to as the “virtual hangout for celebrities and the Silicon Valley elite,” Clubhouse is a platform where users can listen to and participate in live conversations with users around the world. Part of the app’s success lies in the fact that there’s no way to listen to past conversations (unless they’re recorded and uploaded to other platforms like YouTube), cultivating a real sense of FOMO around the app.

Clubhouse recently raised an additional $100 million in funding, according to an article on Axios.

While the app is currently only open to those who receive an invitation from existing members, it will eventually be available to everyone. An Android version of the app is also in the works but has yet to be released.

Yet, it’s not alone in the audio space. Back in December, Twitter launched a beta feature called Spaces to “bring a layer of connectivity … through emotion, nuance, and empathy often lost in text.” Both are also riding on the wave of a shift away from visual and toward audio. Last year, podcast listening around the world skyrocketed and audio-only ads were introduced on YouTube.

But like any other social media platform, Clubhouse has struggled with how to best moderate hate speech, bullying, and the spread of conspiracy theories and misinformation. Its live conversation format also means that it isn’t until the hateful comments are said that action can be taken.

A conversation last September made headlines when members of a room entitled “Anti-Semitism and Black Culture” spread anti-Semitic tropes. Clubhouse rooms have also been the breeding ground for misogyny and racism.

In response, Clubhouse updated its community guidelines and added in a few additional features that make it easier for moderators to block, mute, or remove people from a room.

Yet, the beauty of Clubhouse is that its users can grow in community with people around the world via open conversation rooms. So what are the platform’s features?

What are Clubhouse’s Features?

When users first open the app, they’ll see the home page (or the Hallway in Clubhouse jargon) where they can browse a list of rooms to join centered on topics ranging from sports to book clubs to startups. There’s even a moaning room (yes, it’s exactly what it sounds like) where audio was leaked on Twitter of actor LaKeith Stanfield giving it his all.

Each room has a maximum limit of 5,000 people and roles are broken down into moderators, speakers, and listeners.

Moderators are the hosts of the room and choose the settings for each room which can vary depending on the topic.

For example, Clubhouse has been used to host personal gatherings so allowing everyone to speak would be the most beneficial. On the other hand, other rooms operate like talk shows or group discussions so having the moderator limit the number of people who can speak would make the most sense in this context.

Every user in the room does have the opportunity to speak by using the “raise a hand” feature. This alerts the moderator who can then give them speaking permission.

Clubhouse also recently announced its new accelerator program called "Clubhouse Creators First" to help 20 aspiring creators create shows on the platform. Those who are chosen to be a part of the accelerator will either get paired with a brand to sponsor them or will be paid $5K each month. This is an important move as more companies realize the necessity in creating monetization opportunities for their creators to keep them on the platform.

Today’s Town Hall Updates:
We are launching our first creator accelerator program, Clubhouse Creator First. We are looking to support and equip 20 creators w/ resources they need to bring their ideas and creativity to life. Details and application here: https://t.co/kmKjQvoUBK

In addition to the aforementioned Elon Musk and LaKeith Stanfield, celebrities and other notable public figures are also using the app to connect with their fans and take part in conversations surrounding various topics. Kevin Hart, Drake, Tiffany Hadish, Oprah Winfrey, and Jared Leto are only a handful of them.

The app has also become a prominent space for Black creators and voices. Certain users say that Clubhouse is a more equal playing ground for interacting with communities as rooms aren’t placed on a hierarchy and aren’t recommended based on metrics such as likes and comments.

This stands in contrast to YouTube and TikTok, platforms Black creators have accused of not treating them fairly by taking down content without explanation and prioritizing content by white creators.

In December 2020, Sydney Connors teamed up with her friend, Brandon Patterson, to produce a virtual production of “Dreamgirls” as an idea to bring “Black joy during a time of darkness,” Patterson said in a Buzzfeed article.

Today’s the day! Hope y’all are ready! Be on time because I can’t help you when we reach capacity! S/o to the whole cast and crew. Remember to use #TheLionKingCH so we can see your reaction and response 🎉🎉🎉 pic.twitter.com/b3KuWd0fwe

But equally important to note is who’s not using Clubhouse. The same open discussion format that can be a breeding ground for hate speech and misinformation also provided a haven for Chinese users to discuss topics such as the government’s treatment of the Uyghurs, democracy in Hong Kong, and Taiwanese sovereignty. But by Feb. 8, the Chinese government blocked the app. While it doesn’t come as a surprise, this paves the way for the creation of a rival app in China and competition for Clubhouse.

How Can Marketers Use Clubhouse?

Currently, users can only join Clubhouse with an invitation from an existing member. However, once Clubhouse becomes more widely available, more marketers can use the platform to connect with new and existing audiences in a wide variety of fun and engaging ways.

For example, a brand can host its own room to become a leading voice in its industry — driving unique thought and insight for a niche community. Not only could a brand have its employees and company leaders host Q&A sessions or lecture-style discussions, but it could also bring on special guest speakers. Collaborations like these could also help grow a brand’s audience as they’ll also appeal to the partner’s audience.

Clubhouse can also be a place where a brand can develop stronger connections with their target audience and even gain immediate feedback on new products, services, or content.

Marketers can also join existing rooms that connect them with other industry and thought leaders in similar spaces. This can allow them to build an online network and potentially lead to investments, brand partnerships, and more.

Although only in its first year, Clubhouse has seemingly tapped into a broader societal push from video to audio and has been able to generate quite the buzz thanks to its list of high-profile users. It also allows people to find community and come as they are — thanks to lifting the burden of appearing attentive and put together on screen.

But for all its attention in the spotlight, Clubhouse came onto the market during a time when people were not only screen-weary and Zoom-fatigued but searching for ways to safely connect with others.

As its one-year anniversary quickly approaches and more people gain access to it (thus losing its exclusivity) we’ll be watching to see if Clubhouse can stay relevant.

Concepts Discussed
Clubhouse
Thank you! Your submission has been received!
Oops! Something went wrong while submitting the form.