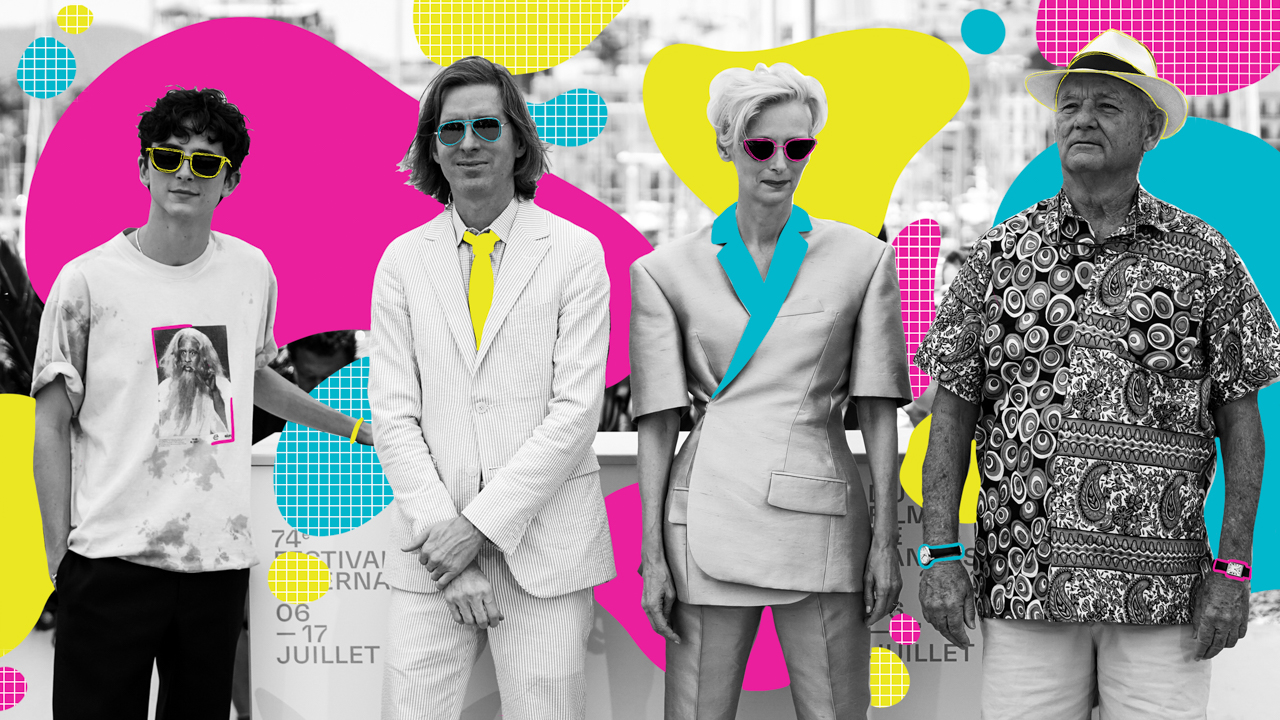 What is the Wes Anderson Meme Trend? The Photo Taking Twitter by Storm

We all love Bill Murray, and this trend shows why.

In the latest hilarious meme format, social media users are using this image of Timotheé Chalamet, Wes Anderson, Tilda Swinton and Bill Murray to showcase four distinct ideas based on the four distinct outfit choices of these film superstars. What makes this image so meme-able is the style of each character, given their notoriety in the world of film.

Timotheé Chalamet (also seen in films like Call Me By Your Name) is one of Hollywood’s latest heartthrobs, and he exemplifies that energy in a grunge-inspired, edgy look. Wes Anderson, an accomplished film director, lives up to his eccentric personality with shaggy hair, a clean-cut suit and bright red socks. Tilda Swinton, known for her performances in blockbuster films and cult classics, stuns in an electric blue suit and short icy blonde hair. Meanwhile, Bill Murray is living up to his laid-back prestige––by wearing a funky patterned shirt, dad shorts and sneakers.

Style is a vehicle for personality, and this meme format laughs at that. However, that is not the only thing that makes this a funny and successful meme format. There’s also layers of film history thrown into the mix, making it appeal to a much wider audience.

As lore has it, Wes Anderson famously chooses to work with the same actors and actresses. This is a trend that has been going for a long time, and fans of the director are quick to point out that fact. Both Tilda Swinton and Bill Murray are Anderson favorites, and appear in a majority of his films. They also appear in a lot of press photos together, such as the image below.

Adding to the lore, Bill Murray is also famously known for his eclectic style. This image above (taken from the Moonrise Kingdom press run) shows Anderson, Swinton and Murray together again, and the styles are very similar to the ones shown in the Cannes film photo––down to the same color schemes. Wes Anderson films are distinct for their colors, styling and framing, so it adds extra excitement and nostalgia for fans of the films to see their favorite actors and actresses continuing their style legacies.

Users on Twitter are losing their minds. We’ve all felt like Bill Murray at some point in our lives, showing up (seemingly) under-dressed to a big event while our friends are dressed to the nines. We’ve also all felt like Timotheé Chalamet, accidentally dressing like the goth older sibling to our professional friend group.

This is what makes the meme so accessible: it taps into nostalgia and relatable humor for everyone to enjoy. This photo and meme format also have a key element that makes it successful; it is unendingly versatile. The most successful meme formats are able to be molded and expanded to fit in any niche or subgroup.

For brands and marketers looking to hop on this format, it’s easy! This example taken from @workinsocial shows the laid-back nature of the meme format. By pairing different social media platforms to the character styles of each actor, the personas from each platform are suddenly personified by the outfits.

We all have different sides, and this meme format is a great way to relate with others that feel the same way.

Brands and marketers–which person are you feeling like today?

Concepts Discussed
Aesthetic
Twitter
Trend
Memes
Thank you! Your submission has been received!
Oops! Something went wrong while submitting the form.