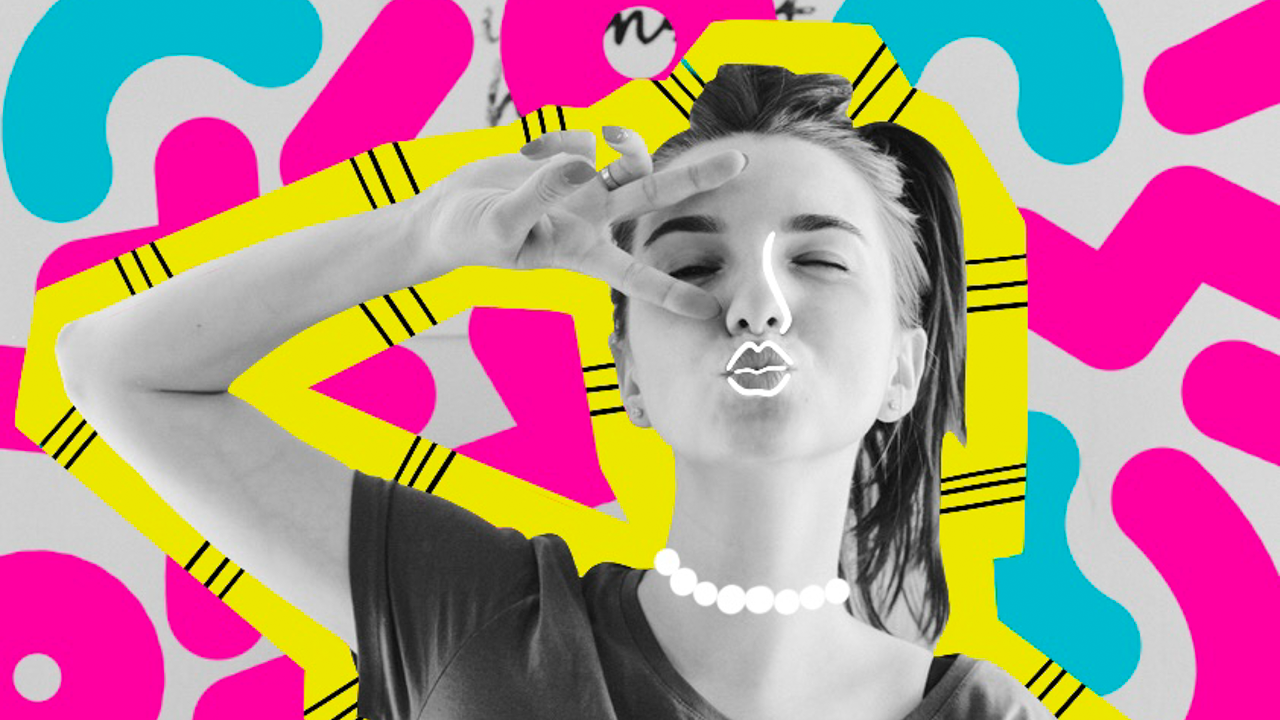 The first thing Triller wants you to know is that it's not TikTok's clone. So, what is it? This guide will tell you all you need to know.

ou may have heard of Triller’s massive creator mansions and its roster of all-star users, including two of Gen Z’s most well-known families (aka the D’Amelios and the Trumps). But if you want to take a deeper dive into Triller, then stick with us as we cover what features the platform offers, who’s using the app, and what you can do to increase your reach and tap into new markets.

To begin, Triller is not TikTok’s competitor, according to its co-owner, Ryan Kavanaugh. In an interview with CNBC, Kavanaugh said Triller sees itself as the “adult version” of TikTok. However, new features and a bid to get more Gen Z creators to switch over to the app certainly make Triller TikTok’s most viable competitor.

Launched in 2015 as a music video-making social platform in Los Angeles, the app has seen steady growth over the years and currently has offices in New York, Paris, London, Faro, and Orlando.

However, Triller became the most downloaded app in the Apple app store in August 2020 after the Trump administration’s ban on TikTok. (The ban is currently paused thanks to the Biden administration). Triller, unlike Chinese-owned TikTok, is owned by American companies such as Proxima Media, Sony Music Entertainment, Warner Music Group, and Universal Music Group.

Triller is a video-making and social networking platform that hit the app stores in 2015. Similar to TikTok and Lomotif, its origins are deeply tied to music and the app was originally and was originally known for its AI-powered tools to create high-quality music videos.

Despite Triller's insistence that it doesn’t want to be seen as a rival to TikTok, it has garnered media attention for its legal battle with TikTok. In the latest legal drama, TikTok and its parent company, ByteDance, sued Triller for “cast[ing] a cloud” over its business following Triller’s lawsuit against TikTok for patent infringement. Speaking of battles, it's currently engaged in a very public one with Universal Music Group. The record label pulled all of its artists' music from the platform, alleging that it was withholding payments.

Triller's power lies in a roster of influencers, celebrities, and politicians, as well as the fact that it’s an American-owned app. It made headlines in October 2020 for giving members of the  Sway Boys (a group of Gen Z content creators) equity in the company and making one of its members, Josh Richards, the app’s chief strategy officer.

Earlier this year, it also announced a partnership with Snapchat. The integration allows users with both apps to create video content on Triller and post it to their Snap story. This strategic partnership not only tapped into Snapchat’s 238 million active global users and amplified its reach to the app’s appeal to Gen Z.

What are Triller’s Features?

Triller offers a plethora of features that may be highly familiar to TikTok users. When watching videos, users can like, comment, and share the clips. Users can also follow other content creators to stay up-to-date on their latest videos and browse the home page for days (thank you creators of endless scrolling.)

Here is a quick rundown of some of Triller’s best features.

One way Triller stands out from TikTok is its music integration and choices. Partnerships with some of the industry’s largest record labels and companies such as Spotify, Warner Records, Sony Music, RCA, and, most recently, 7digital allow users to pull exclusive clips from millions of songs without fear of the videos being taken down. The app also allows users to use full songs (not just short clips) when creating music videos — making it especially appealing for musicians and other artists.

Triller’s AI software is another huge draw for video creators as it allows users to film a series of clips for the same audio track. Then, the software pulls the very best clips and automatically layers filters and transitions to create a high-quality video.

Triller was created as a music videos platform. But in a bid to capture a wider audience, it began allowing users to create social videos (i.e. those that don’t need an audio track) back in 2016.

Social videos can be up to a minute in length and can capture comedic moments, how-to videos, and cooking tutorials.

The home page is broken down into “Following” and “Trills” pages that users can toggle between to watch different types of content.

Similar to TikTok’s famous “For You Page,” Triller’s Trills page is where users are first taken when they open the app. However, unlike Tiktok, Triller features popular or trending videos over promoting content based on an algorithm.

Triller’s search page is where users can look for specific videos or users and find trending videos. Users can search for specific users or songs, or scroll down the page to see a collection of top videos by some of the app’s biggest stars.

Denoted by a music note icon, the Discovery page is where users can search for videos by song or music genre.

At the top of the page, users will also see genre icons that they can click to expand playlists of songs. After clicking on a specific song, users will be able to either play or use the song in a video, as well as see trending and recent videos using that song.

“Triller money,” referring to the $1 billion creator fund it uses to pay for mansions, cars, and food for its biggest stars is a running joke among young content creators. But, the app also has real Triller currency users can use to support their favorite influencers. “Gold” Triller currency can be bought via in-app purchases and then be given to creators to show their support. Gold can then be turned into Gems which can later be cashed out by influencers for real money.

One of Triller’s biggest draws is its impressive and star-studded user list of musicians, celebrities, influencers, and even politicians (the “Love Actually” of apps, really).

From Gen Z influencers like the Sway Boys and Charli D’Amelio to musicians like Snoop Dogg and Justin Bieber to public figures like the president himself and Donald Trump, Jr., Triller is increasingly marketing itself to a young audience.

According to data from Triller, the app has been downloaded 250 million times and has 65 million active monthly users. But an investigation by Apptopia and later questioning by SensorTower have called this number into question (as well as reports by former employees claiming Triller inflated these numbers.)

Regardless, the app is drawing a large, global user base that’s downloading the app at a rapid rate.

Triller has also flexed its own creative muscles to draw users to the platform to host a series of exclusive shows and concerts. Back in April, Triller hosted its three-day event, Trillerfest, to raise money for COVID-19-related relief. The weekend event brought together artists such as Marshmello, Migos, and King Combs, among many others. The event saw over 5 million viewers who watched a total of 1.5 million hours of content, according to Triller.

In early October, Triller partnered with Pepsi and Rock the Vote to host its “Unmute Your Voice” Live Triller Concert. The two-day event brought together artists such as Demi Lovato, Brett Young, and Chance the Rapper to encourage the app’s users to make a plan to vote in the weeks leading up to the presidential election.

Triller has also stepped up to the content creation plate through its docuseries, “Frontline Battle.” The 14-episode series gave viewers an intimate look at boxers Mike Tyson and Roy Jones Jr. as they trained for their much-anticipated fight on Nov. 28, 2020. The fight, available to watch via pay-per-view purchase, was also sponsored by Triller.

How Can Marketers Use Triller?

Triller is not only trying to lure TikTok stars and other celebrities to the app — it’s also targeting marketers to join the platform through its Crosshype feature. Launched in September 2020, Crosshype facilitates brand-influencer partnerships while guaranteeing views and a calculable CPM. To summarize: Triller is making influencer marketing a strategic investment without any risk.

Also in the works is a content creation “brand lab” that will help marketers create authentic content to launch on the app. This can be a highly useful tool for brands that may not understand the inner workings of the app or what performs well.

Your brand can also work with influencers directly to promote your brand’s products and services.

Marketers can also create native content on the app itself by creating a brand account and posting innovative and interesting content that appeals to your target audience. Videos that use viral hashtags or are connected to either brand-sponsored or trending challenges also see high engagement on Triller.

Top brands already utilizing Triller include Chipotle, Red Bull, Manscaped, and McDonald’s. For example, McDonald’s created its own Triller content to promote the release of its new meal with J Balvin (who’s also on Triller), which saw close to 180 million views.

You can also partner with Triller on high visibility and larger projects like Pepsi and Rock the Vote did for the “Unmute Your Voice” concert. This not only aligns your brand with Triller itself but gets your name in front of larger audiences and can boost your media presence.

Triller has emerged as one of TikTok’s most viable rivals, using its large creator fund to draw in Gen Z influencers and its investments and marketing tools to entice brands. The platform has also proven that it can secure exclusive integrations and partnerships with other social media and music industry giants.

The recent creation of the Crosshype feature and the platform’s upcoming content creation brand lab prove that Triller is serious about facilitating brand partnerships on and through the app.

In short: Triller is here to stay, and its rising popularity among creators, musicians, and public figures alike means it’s a platform that brands should keep an eye on for future marketing opportunities.

Concepts Discussed
Triller
Gen Z
Short Form Video
Thank you! Your submission has been received!
Oops! Something went wrong while submitting the form.