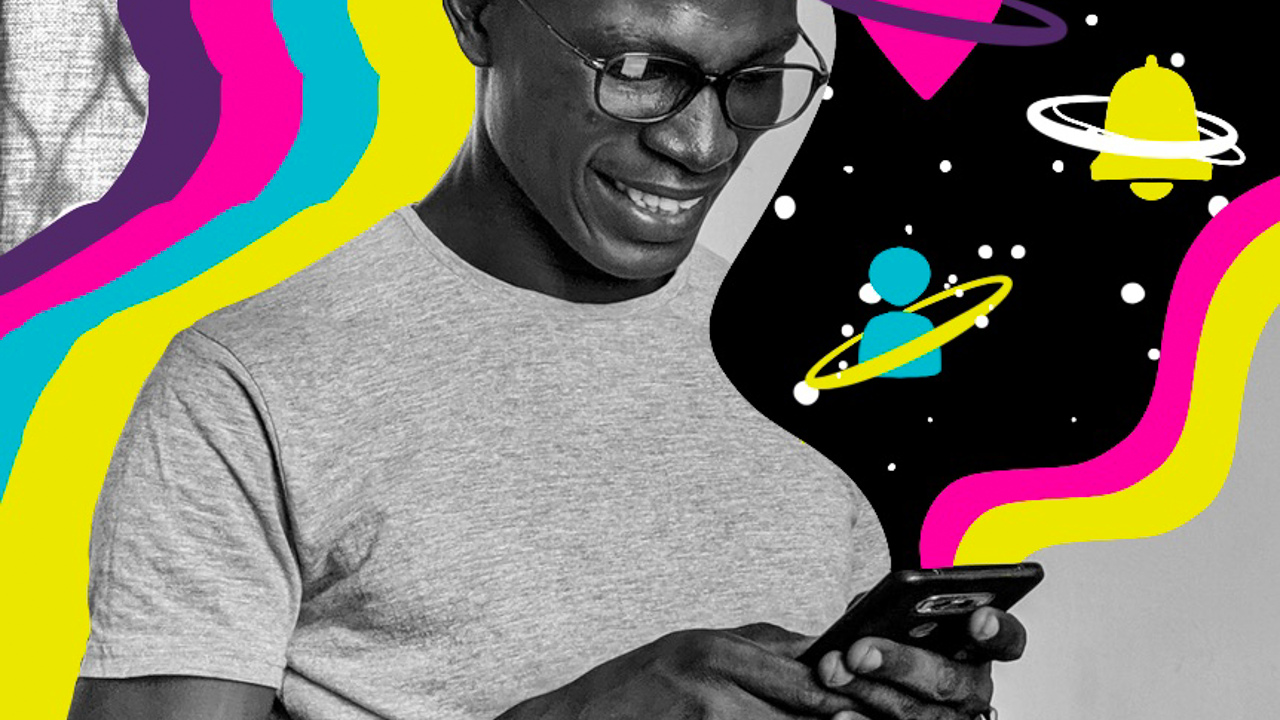 The Marketer's Guide to Twitch

Partnering with celebrities and influencers is a common practice among most brands that want to reach the younger generation. Though, what is unique about Twitch is that it boasts its own roster of streamers with millions of dedicated fans.

witch is one of the world’s largest streaming video platforms and, in 2019, accounted for more than 650 billion minutes of watched content. Gamers, musicians, and talk show hosts with massive followings stream self-made entertainment every day on Twitch, so it’s no wonder that brands are beginning to look at the platform as a goldmine of marketing potential.

This article will cover all you need to know about Twitch’s interface, who’s on the platform, and how you can harness its power to promote your brand.

Twitch bounded onto the video streaming scene back in 2011 as an esports and gaming-focused platform. Back then, Twitch users mostly recorded themselves playing video games (think Call of Duty, League of Legends, and Minecraft, to name a few) and broadcast the content live so fans could watch and comment on their gameplay in real-time. These highly-skilled gamers would also compete against one another in esport competitions, either solo or with a team, and gained worldwide recognition for their talents.

Three years later, Amazon bought the platform for $970 million, and it has since evolved into one of the world’s largest and most-watched platforms. Streamed content is now going far beyond esports with channels for cooking, music, technology, and even talk shows. The chat feature makes Twitch a highly community-based platform, with channels seeing loyal fans and high engagement rates. Brands both in and outside of the gaming sector have taken notice of these trends and are using them to directly market to their primary target audience.

In August 2020 alone, the platform saw over 2.1 million active daily viewers. This means marketers should capitalize on the explosive growth and massive audience the platform sees every month.

Who is Watching Twitch?

This community-driven streaming platform hosts creators and visitors from over 230 countries and is largely made up of millennials and Gen Zers. Combined, these two groups make up around 73% of Twitch users and have an estimated $3 trillion in spending power.

The platform is also ideal for male targeting as 65% of the Twitch demographic identify as male.

Twitch’s broad-scale popularity has even led to the launch of bi-annual conferences. These conferences are appropriately named TwitchCons. During the weekend-long conference, streamers can meet each other to watch live competitions, play online games, interact with fellow gamers, and participate in a highly anticipated cosplay competition. In 2019, TwitchCon made a triumphant return to San Diego and welcomed over 28,000 attendees, along with a second conference in Berlin.

With the success of these widely-attended conferences, marketers have the opportunity to place their brand in front of a large but targeted audience. These conferences are also an indicator that Twitch users are engaged far beyond just watching live streams.

Now that you know Twitch isn’t only for gamers and reaches a far greater audience, read on to find out how other brands have already utilized the platform to reach their key demographics and gain insight on how you, too, can promote your brand.

Partnering with celebrities and influencers is a common practice among most brands that want to reach the younger generation. Though, what is unique about Twitch is that it boasts its own roster of streamers with millions of dedicated fans. Partnering with Twitch influencers can not only be cheaper than using Instagram and TikTok influencers, but it has also been proven that these influencers have high engagement rates and can be an extremely effective way to promote your brand.

For example, Turner “Tfue” Tenney and Imane “pokimane” Anys, have a total of 9 million and 5.4 million followers, respectively, and are some of the platform’s highest-paid influencers.

Tfue is known for playing Fortnite and Call of Duty: Modern Warfare and his online presence extends far beyond Twitch, with millions of Instagram, YouTube, and TikTok followers. The 22-year-old gamer is currently operating as a free agent following the settlement of a 15-month long contract dispute between him and esports organization, FaZe Clan.

pokimane is the most followed female gamer on Twitch and is largely known for playing League of Legends and Fortnite. The 24-year-old from Canada partnered with Nissin Noodles for a 2017 campaign where she ate a cup of the company’s noodles, interacted with her fans, and played League of Legends. There was also a Nissin Noodles graphic on the screen next to a “Slurp Meter,” which moved every time pokimane slurped the soup.

By partnering with pokimane, Nissan Noodles not only established a closer relationship with the popular gamer but showed how their product fits in with the gaming lifestyle.

Other companies that have successfully collaborated with Twitch streamers include Monster Energy and Express Inc. The latter is known across the sports industry for sponsoring athletes, so its foray into the world of esports is no surprise. On TimTheTatman’s channel, a popular gamer who boasts 5.4 million followers, you can see a branded refrigerator in the background in some of his videos.

Express Inc. partnered with influencers who play NBA 2K20 to promote a specific clothing line to their target demographic. Through the campaign, the popular fashion retail company saw over 100,000 live impressions and more than 2,000 click-throughs.

Whether a streamer films a live unboxing, posts a discount code on their channel, or features the brand’s logo or product in the video, Twitch streamers have enormous influencer potential because of their loyal and dedicated audiences. Brands should research both popular and niche channels to design campaigns tailored to a specific target audience and capitalize on the popularity of the streaming platform.

Promoting brands through influencers is one of the most effective ways of advertising to a younger demographic. However, tying a brand with an influencer can be risky if the individual acts in ways that aren’t in line with the image a brand wants to convey. We have all seen an influencer scandal in our days so it is important to only align your brand with influencers who match your values. So, creating branded content might be the best option for your brand since it performs extremely well on Twitch.

Big names in the gaming world such as Activision and Electronic Arts have their own channels where they post live streams, advertisements for new games, and information on game updates. However, companies beyond the gaming industry have utilized Twitch to reach a wider audience.

In 2015, Old Spice launched its Nature Adventure campaign on Twitch that went viral with over 2.65 million total views. Viewers utilized Twitch’s chat feature to control a real man in the woods for three days by giving him commands such as have him yell “Mom get the camera!” and joust a pizza man. Special Old Spice chat emotes—emoticons used in the Twitch chat function that usually feature the face of popular streamers—were also used over 105,000 times during the campaign. A massive success!

Brands looking to see the same amount of engagement and success should take note of the Nature Adventure Campaign’s highly interactive and out-of-the-box thinking.

Another way companies create branded content for Twitch streamers and fans is by sponsoring events or e-competitions. Just like in non-e-sports, the events can be sponsored by brands with logos and names appearing on merchandise, in the background of the competition, naming of the competition itself, and on the website.

One example is the 2018 Dorito Bowl at TwitchCon in San Jose, California. The epic battle brought together four of the platform’s top gamers at the time — Ninja, DrLupo, Shroud, and CouRage — to play Call of Duty: Black Ops 4’s Blackout with a team of three fellow gamers.

With over 606,000 total hours of online views and around 1,000 Doritos themed messages across Twitch (including a special “DoritosChip” emote), the activation cemented the brand’s presence as a leader in the esports world and created positive engagement among thousands of Twitch users.

However, Twitch campaigns don’t always hit it out of the park. Take it from Burger King which recently received major backlash from both popular streamers and Twitch users alike for its campaign that ran in July 2019. The campaign resurfaced this past August due to a recent video promoting its work, where users saw how the campaign exploited a Twitch feature that allows typed messages to be read out loud during a stream if a donation is made.

The activation, created by Ogilvy-owned agency David Madrid, utilized this feature to donate $5 (the exact amount of a Burger King value meal) and have a message promoting the fast-food chain read aloud. The criticism stemmed from streamers, and later fans, who called out Burger King and the marketing agency for not clearing it with them, with some users going as far as to block them from advertising on their channels.

This flopped campaign shows how much Twitch users value transparency and will call out brands that try to bend the platform to suit their needs.

By creating branded content, you have the opportunity to flex your creative abilities and stand out among other brands trying to compete in the same space.

Buying ad space directly from Twitch is another highly effective way to market on the platform and this route provides a more controllable experience. Companies can buy premium display units and video ads that will play on desktop and mobile devices across the homepage headliner and appear on the super leaderboard and more.

The homepage headliner is the first place users will see advertising content and is composed of two unique images and a hex color code to seamlessly blend with other popular content. Buying ad space on the super leaderboard, on the other hand, will show your content when users utilize the search feature.

Twitch also offers its own in-house brand partnership team, which works with companies to help them understand the platform and authentically engage with their target audiences on the platform. The team then creates, produces, and activates a marketing campaign to help them reach their KPIs and other quarterly goals.

As the world looks to live broadcasting of games and other content as both a means of entertainment and an escape, and younger audiences seek out community and real-time interactions with other fans while sheltering at home, brands should use Twitch to get their names in front of the platform’s millions of daily views.

Now that you better understand Twitch’s wide scope and marketing possibilities—from partnering with influencers to creating your own branded content to buying ad space—you can begin planning your next successful campaign.

Concepts Discussed
Twitch
Gaming
Livestream
Marketer's Guide
Thank you! Your submission has been received!
Oops! Something went wrong while submitting the form.