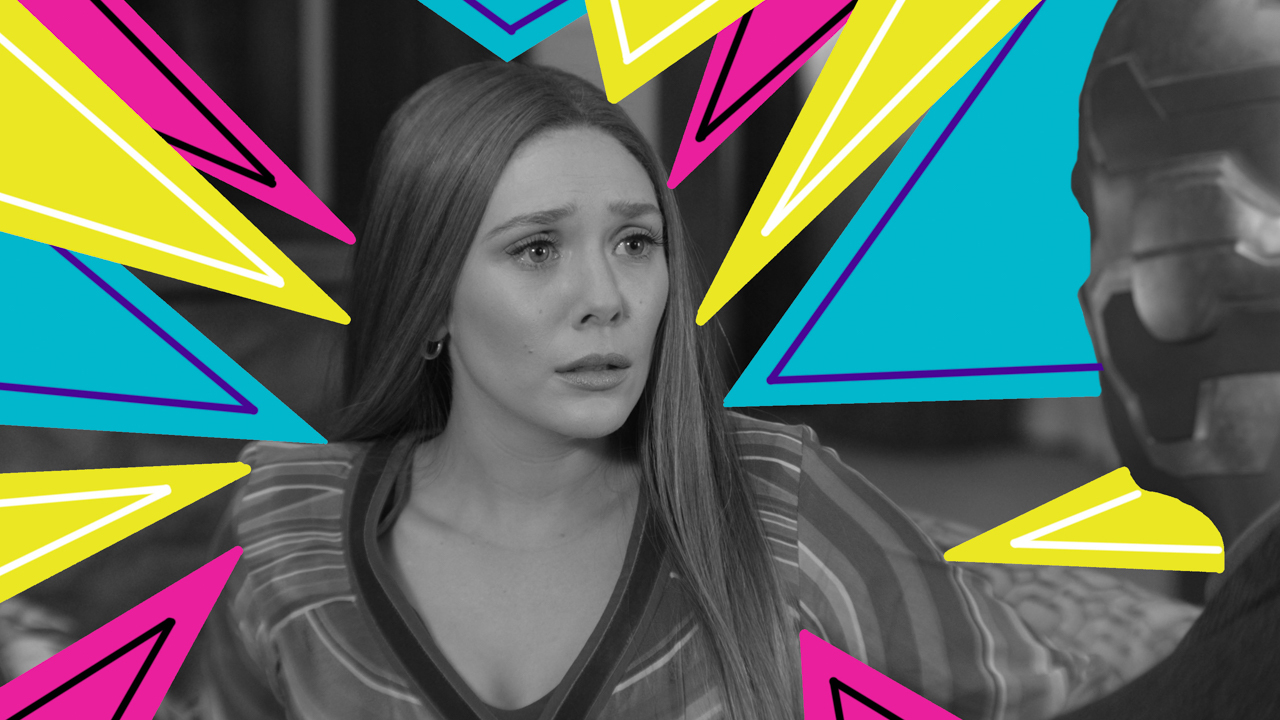 What Marketers can Learn from Trending WandaVision Memes

While the trending "WandaVision" memes were popularized by individuals, these memes could've had a larger impact if marketers of "WandaVision" engaged with this content.

f you’ve scrolled through Twitter or Instagram in the past few months, you may have seen this winking meme or maybe this ViSawn meme. These memes, along with thousands of others, utilize screenshots from the popular Disney+ series "WandaVision."

I grew up with sisters who, like me, chose to watch "The Cheetah Girls One World" and "Camp Rock" over "Iron Man" and "The Incredible Hulk," in 2008 when these four movies came out. Although I’ve now seen one or two Marvel movies, I wasn’t initially sold on watching "WandaVision." I would skip preview ads when I could and when I finally was forced to watch the full trailer, I was left confused.

That is until these memes started trending and my immense sense of FOMO kicked in. Like the meme I created up top suggests, I wanted to be in the know. So I started watching "WandaVision."

What Made these Memes Trend?

“The most successful memes combine a mundane, everyday, real-world experience with a fictional scenario, location, or event in an absurdist manner,” said Mitch Chaiet, the founder of Memetic Influence in a presentation on Meme Movie Marketing at the 2019 Infinity Festival.

In this case, the WandaVision memes take a fantasy world, the Marvel Cinematic Universe, and contextualize it in our everyday lives. This meme of Agatha Harkness, played by Kathryn Hahn, is the perfect example of this.

me telling my computer i’ll update everything tomorrow pic.twitter.com/5NIGfcJfB7

When this meme first appeared on my feed, I did not know where the image originated from however, I could relate to the expression on the character’s face and the top text above. This is similar to countless other meme templates that came before, such as Blinking White Guy and Roll Safe.

"i acknowledge that i have read and agree to the above terms and conditions" pic.twitter.com/Ny0PLvQlZ3

So What Does this have to do with Marketing?

Traditional advertising follows a top down approach, with advertisers aware of the fact that they are buying an entire audience and risk wasting their investment by advertising to people who may not even be in their target audience. This represents the WandaVision ad I saw when I flipped through in my mom’s magazine.

On the other hand, digital advertising allows you to more effectively target your audience with more precision. One way this is done is through the use of cookies. These ads can come off as intrusive and inorganic. However, meme marketing takes all of the benefits of digital marketing and turns it into an organic form of advertising.

We particularly encourage applications from historically underrepresented groups, including women and minorities pic.twitter.com/MZoLdwelC8

Not only are branded memes able to bypass traditional ad blockers, but when placed in strategic audiences they can be engaged with more than any form of advertising.

If you see an ad for WandaVision on TV, you may be interested in watching the show and maybe you say something to your roommate sitting beside you, but that’s it. With a branded WandaVision meme on your feed, you are able to show how interested you are in it by liking, replying, sharing, etc.

While the trending WandaVision memes were popularized by individuals who are not affiliated with the show, imagine the impact these memes would have if the marketers of WandaVision engaged with this content. I mean the show's official account already has close to 400K followers on Twitter alone.

By participating in the meme economy, rather than just advertising to people, marketers are existing as a level player. Some ways that these marketers can participate in this culture are by interacting with existing viral images from the show as well as by producing and spreading branded memes.

Additionally, by advertising in these communities, marketers can show they have a deep cultural understanding of their audience and build trust with them. Even "WandaVision's" creator and head writer Jac Schaeffer has seen these memes and finds them comical, so why not engage with them?

Better yet, I know a team of meme-savy marketers who can do that for you (Find the contact page at the bottom of our website.)

Concepts Discussed
Memes
Instagram
MemeMarketing
Thank you! Your submission has been received!
Oops! Something went wrong while submitting the form.