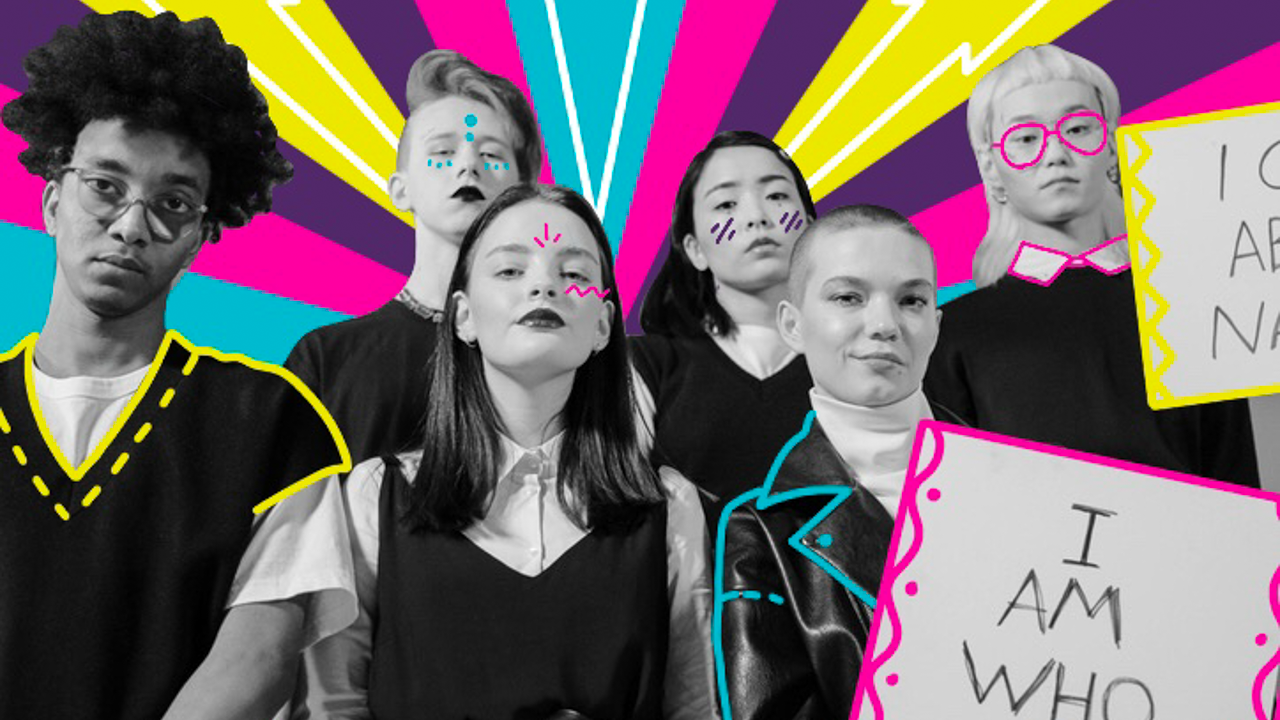 Instead of focusing all their time on creating TikToks or playing Fortnite, Gen Z is actually working diligently to make the world a better place.

Thankfully, Generation Z is proving to skeptics everywhere that its members aren’t defined by the aforementioned harsh stereotypes. Instead of focusing all their time on creating TikToks or playing Fortnite, Gen Z is actually working diligently to make the world a better place.

Through unity, inclusion, and acceptance, Gen Zers are taking a stand against the world’s toughest problems, and they mean business.

To express Gen Z’s unity and like-mindedness when fighting for change, the term “Generation We” was coined for the age group. Generation We represents the unified and influential group of Gen Zers who’re actively working to improve their communities and the world as a whole.

Whether they’re raising awareness on social media, participating in a city-wide protest, volunteering at a local organization, or getting politically active, Generation We has proven it’ll do its part to make a positive impact.

In fact, this age group shows higher amounts of community involvement and increased voter turnout compared to older generations. It’s clear that Generation We doesn’t just talk the talk, they walk the walk.

Generation We also expects the brands they support to do the same. By understanding what causes and issues your target audience cares about, you can create the most engaging social media campaigns and increase your ROI. Of course, these young consumers don’t just want to see a supportive post. They also want to see a brand create real change through new initiatives, partnerships, and monetary support.

The issues Generation We addresses and acts on are not for the faint of heart either. These young people are tackling issues that are deeply entrenched within our society and affect the lives of millions. Below are some of the issues that matter most to Generation We.

Coming of age during the rise of the Black Lives Matter and Gay Pride movements, Generation We has proved to be powerful proponents of social justice, even from a young age. Being the most diverse age group the world has ever seen, Generation We is adamant about ensuring social justice for all.

I just got back from a protest — & we need to keep mobilizing. I’m glad folks are speaking up, but we need more action. Text DEMANDS to 55156. ##BLM

Around two-thirds of Gen Zers say that Black people are more likely to be treated less fairly than white people in the United States, compared to only half of Gen X and Boomers who believe the same. Generation We almost unanimously supports interracial marriages and the majority believes that increasing ethnic diversity is good for society.

Brands like Nike are good examples of companies actively working to create positive change among communities of color. In June 2020, Nike announced a  $40 million commitment over the next four years to “organizations that put social justice, education, and addressing racial inequality in America at the center of its work.”

76% of Gen Zers say they’re concerned about human impacts on the planet and believe they can do something to positively change it. They’re putting their money where their mouth is too. For example, Mari Copeny, wrote to then-President Barack Obama about the Flint, Michigan, water crisis when she was only 8 years old.

Whether teenagers stocked up on metal straws as a part of the “Save the Turtles” movement or ordered sustainably-made shoes, Generation We makes an effort to support companies that support a healthy environment. In fact, 95% of Gen Zers want companies to actively address environmental issues.

Outdoor apparel brand Patagonia is an incredible example of using its name and influence to advocate for the environment. Its website prominently features an “Activism” tab that regularly features articles about topics ranging from climate change and policy to places under threat. Patagonia also self-imposes a 1% Tax for the Planet on all of its sales and uses that money — over $89 million since it began in 1985 — to environmental organizations around the world.

Your brand can pledge to impose a similar self-tax and use the money to give back to individuals or local organizations dedicated to solving issues impacting the environment.

Accustomed to the cries for gender equality on social media and profoundly exposed to the #MeToo movement during their adolescence, Generation We knows that gender inequality in the United States and the world is all too real. Because of this, the vast majority of Gen Zers believe that more women running for political office is a good thing.

Generation We is also raising their voices in support and acceptance of those who don’t identify with either gender. 60% of the generation believe there should be more options than just male and female on forms, and about half believe that society is not accepting enough of people who are non-binary.

Adidas’ second Ivy Park collection (named “Drip 2”) combines two things Generation We loves: Beyoncé and fashion inclusivity. The line features footwear, performance gear, and accessories, with a large selection of gender-neutral items. By creating inclusive items, Adidas is appealing to the young generation’s push for inclusivity in all areas of life — something other brands should look to follow.

Systematic racism, environmental degradation, and gender inequity are just some of the issues on Generation We’s agenda. This age group will no doubt find more causes to support and fight for in the future as well.

Generation We is a unified, activist-minded age group and one of the most vocal and participatory age groups this world has ever seen. When you combine that with their high education level and social media savviness, you get some influential, world-changing people.

So, ready or not, world — here comes Generation We!

Concepts Discussed
Gen Z
Thank you! Your submission has been received!
Oops! Something went wrong while submitting the form.