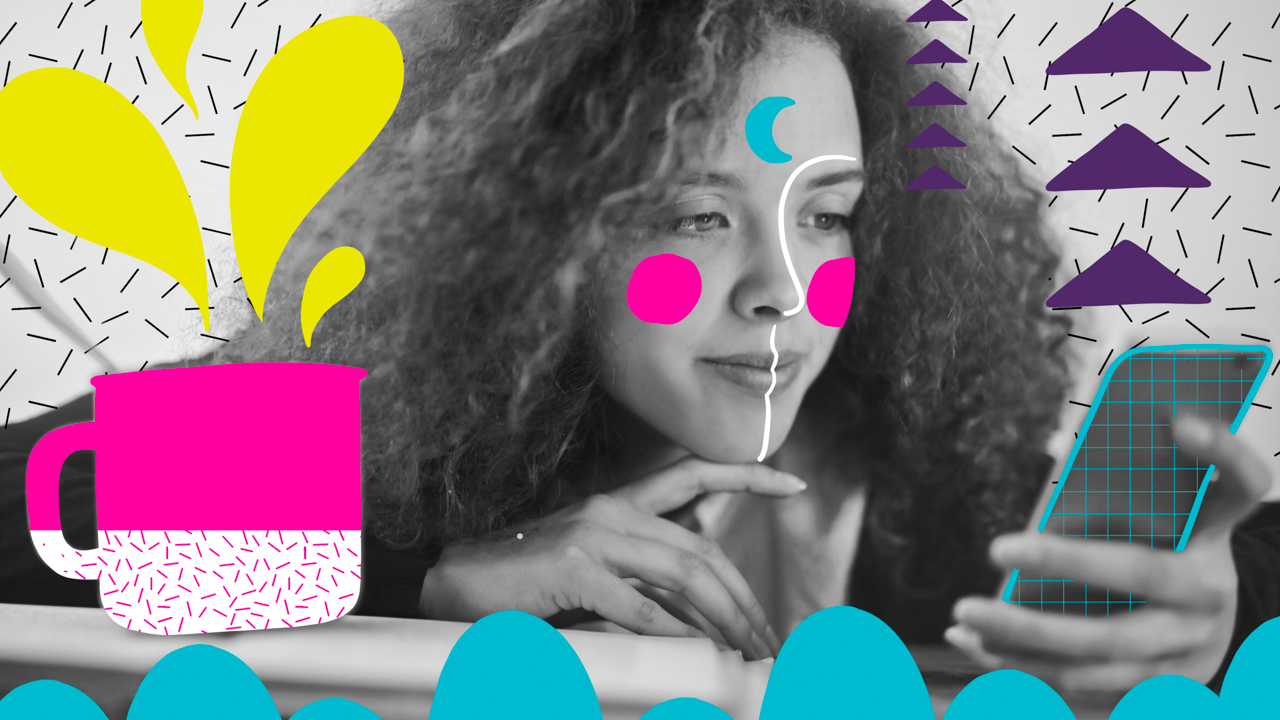 You Ask, Meme Answers: What is the Difference Between a Meme and a GIF?

In this series, we answer some of the biggest questions about meme marketing.

emes and GIFs are two essential tools in any digital marketer’s kit. They add spice and visual interest, and most importantly, humor, to your brand’s online presence.

Knowing the differences between a meme and a GIF is important because various audiences prefer one over the other. GIFs are very popular among Millennials who grew up using them on the Internet. Gen Z on the other hand, finds reaction GIFs to be cheugy and prefer to use static images or memes instead.

Here’s all the basic differences between a meme and a GIF, so that you can decide which one you should use in your branding:

What is the difference between a meme and a GIF?

First, let’s start with the easier definition. A GIF (short for Graphics Interchange Format) is a moving image file. If you’ve been on the Internet for longer than 5 minutes, you have seen a GIF. You can turn any moment from a TV show or movie into a GIF, or create your own from scratch like this one:

Now that we know what a GIF is, let's move onto memes.

Defining what a “meme” is can be tricky because they take so many different forms. They can be a static image like the “wojak” meme, a video trend like the “Rick Roll” meme, or they can take the form of GIFs. Many iconic memes are in GIF form, like the popular “Blinking White Guy” meme or “Homer Disappearing Into the Bushes.”

There is a lot of overlap between memes and GIFs, so don't worry if you’re confused! While not all GIFs are memes, many memes happen to be GIFs as well. What's important to remember is how to use them in the proper contexts.

When Should I Use a Meme or GIF?

When choosing between a meme or a GIF its first important to consider who is your audience and what is the intention of your post. If you’re trying to appeal to Millennials, then using popular reaction GIFs will connect to them better. However, Gen Z tends to reject those in favor of static images like memes. Those distinctions are important, but don’t let them box you in. Here are some different ways to use memes or GIFs in your digital marketing strategy:

The beauty of GIFs is that there’s one for nearly every situation imaginable. They don’t need to be instantly recognizable or have an obscure joke attached to them like with a meme. You can use even the most random or obscure GIF to illustrate an emotion or reaction to something. Here is an example we retweeted on the Meme Marketing twitter that properly uses a GIF from Pixar’s The Incredibles.

me in the cubicle making memes all day pic.twitter.com/17azRQf9zp

‍Anyone who is in meme marketing professionally can relate to the feeling expressed by Mr. Incredible typing at his tiny cubicle. It’s a fun job, but it's still work! This tweet pokes fun at professional meme marketing and uses the GIF to illustrate an emotion perfectly.

GIFs may be the cherry on top of a joke, but memes should be like the hot fudge. Trying to tell a joke without the correct meme attached is like selling an ice cream sundae with no hot fudge on it: unexciting and disappointing. A good meme should be the centerpiece of your tweet or brand post. It’s easier to find a GIF after you’ve written the copy, but when it comes to memes you should write your caption based on the specific meme first.

Here’s an example of a properly used meme from our Instagram page. We created the punchline to highlight the new “Agness Harkness Winking” meme that one of our trend experts wrote an article about. Agness’s cheeky wink is meant to be used when saying a statement you don’t really mean, so it fits perfectly here in the context of the joke.

When building out your social media strategy, both memes and GIFs can be an important tool to add visual interest to your posts. Using memes and GIFs also communicate to your audience that you can speak the language of the Internet and popular culture.

Next time you go to create a post, be intentional about how you use memes or GIFs. Think about what audience you want to make an impact on and how you would like to be perceived by them. The right meme or GIF can make or break your post.

If you ever have any questions about what meme or GIF to use, we’re just a message away.